DAY 15: LESTER BANGS - Building the Temple in the Wake of Rock & Roll 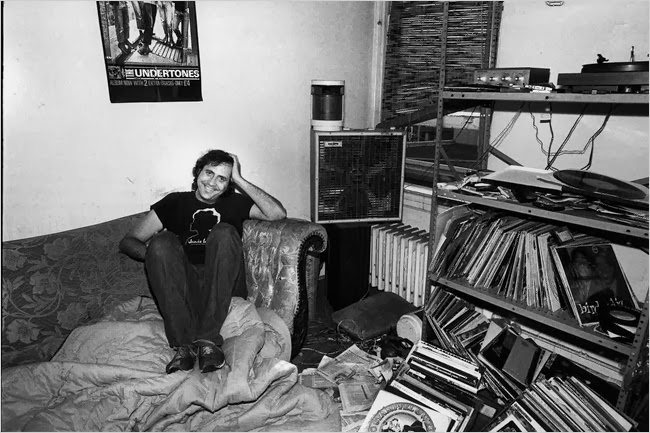 I credit my uncle Allen for most of my artistic tastes. Allen wasn't so much a guide in my artistic journey as an inspiration. As a young married couple with two small boys, I would get to spend a day or two on our summer vacations at my aunt and uncle's house. At the time, Allen was a drinker and former hippie, and some of my fondest memories were from my pre-teen years. Allen would come home from work after having a few drinks. My aunt and cousins would be asleep, and Allen would put on music or watch a late-night movie with me. Where most adults would modify their viewing and listening habits in the presence of an eleven-year old, Allen didn't. And this is not to say he was negligent or irresponsible. Negligence and irresponsibility pale significantly to the lack of condescension Allen had for me. In those moments, he not only assumed that I could see the benefit in Taj Mahal or The Deer Hunter or Frank Zappa, and he spoke to me as an adult. Even when I didn't understand what he was talking about, I understood that amidst all of the trappings of adult life - marriage, children, career - these things he shared with me mattered. It was from that starting point that I began to seek out different works of art, and more importantly, seeking out the meaning behind them. So, the purchase of an album would lead to trips to the library to find information about the band I had just discovered. The articles and books would provide recommendations for other bands. And the journey continued. 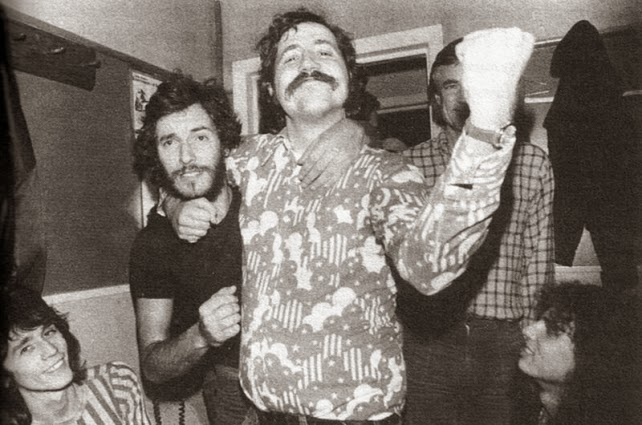 I was in my early twenties when my best friend told me about Lester Bangs. He advised me to buy Bangs’ collection of rock essays, Psychotic Reactions and Carburetor Dung, a book which made the middle-aged clerk at the Kroch’s & Brentano’s in the mall frown at me when I requested she order it.  Finding Lester Bangs was like discovering Jack Kerouac.  The writing was not a voice like my own, but it was a voice I recognized and wished I could emulate, like the cool foreign guy at the bar that everyone finds more exotic and interesting than he probably is. The fact that Lester Bangs wrote about rock & roll made him even more appealing. I was obviously a fan of music, and Lester was writing about music at one of the peaks of rock history, when the political progressivism of hippie rock had been turned dark by Altamont and Charles Manson, and everyone scrambled for the region and the sound that would re-define them. And California-born Lester relocated to Detroit and cataloged everyone scurrying for the new definition of “rock & roll”. But more importantly, Lester wasn’t just writing about new sounds, he was trying to find meaning in the work. Any of the work. All of the work. And whether it was The Dictators or The Byrds or James Taylor or Ornette Coleman, the standard was very simple – it must have some kind of meaning to it. Richard Hell would later describe Lester as having a “sincerity level [that] was pretty near intolerable. It was, in fact, an article Lester wrote about Richard Hell that I wrestled with most often in my early twenties. The articles closed with this brilliant paragraph:


“Just for the record, I would like it known by anybody who cares that I don't think life is a perpetual dive. And even though it's genuinely frightening, I don't think Richard Hell's fascination with death is anything else but stupid. I suspect almost every day that I'm living for nothing, I get depressed and I feel self-destructive and a lot of the time I don't like myself. What's more, the proximity of other humans often fills me with overwhelming anxiety, but I also feel that this precarious sentience is all we've got and, simplistic as it may seem, it's a person's duty to the potential of his own soul to make the best of it. We're all stuck on this often miserable earth where life is essentially tragic, but there are glints of beauty and bedrock joy that come shining through from time to precious time to remind anybody who cares to see that there is something higher and larger than ourselves. And I am not talking about your putrefying gods, I am talking about a sense of wonder about life itself and the feeling that there is some redemptive factor you must at least search for until you drop dead of natural causes. And all the Richard Hells are chickenshits who trash the precious gift too blithely, and they deserve to be given no credence, but shocked awake in some violent manner.” 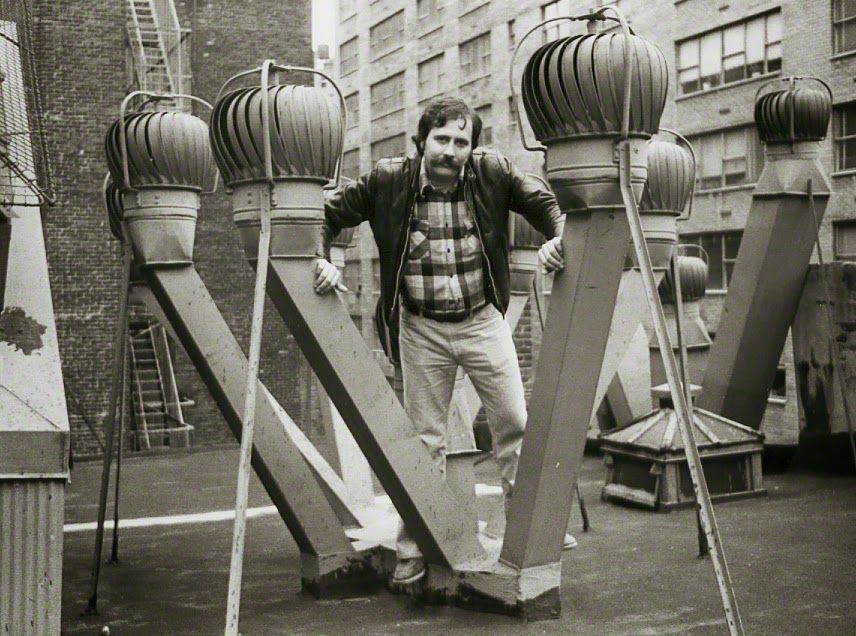 The thing about rock music is that it’s destructive by nature. It always has been. Whether it was destroying the way we thought popular music should be arranged, or assaulting the formal-training guidelines of how a singer should sing, or ignoring the idea of harmonic perfection in favor of a low-fi amp with a cracked cone, rock & roll has always been the language of destruction. But not senseless destruction. Any halfwit can toss a brick through a window. Rock & roll has – from its inception –been the musical equivalent of Siva the Destroyer. It lays bare the old systems and old beliefs so that we could build new ones on top of the ruins. Nietzsche once said, “If a temple is to be erected, a temple must be destroyed.” And Lester was watching that destruction on a daily basis. And like so many people who loved the destruction and wanted to be a part of it, Lester was – unfortunately – not a rock star. Not even close. Overweight and sweaty and prone to long bouts of poor hygiene, Lester lacked any of the glamour of the 70s rock icons. Addicted to cheap beer and Romilar cough syrup and wildly, openly, gleefully passionate about art and music and writing, he also lacked the cynicism and ennui of the doomed poet maudit pre-punk culture. As much as he dreamed of being a rock star (a dream he occasionally wrote about, but more frequently mentioned at the times he recognized the enormous cultural chasm between “rock star” and “rock critic”), Lester would never be one. But his role in rock & roll was nothing to be dismissed.

If rock & roll music is the sound of destruction, rock criticism  - particularly Lester’s criticism -  was the sound of the new temple being erected. There are rock stars who destroy the old icons; Lester Bangs was the man sifting through the rubble and finding the articles he would use to create a new, better temple. His role was to seek understanding within a culture that sought disruption. It’s why he hated so many of his idols and they hated him back. (Lester’s interviews with his hero, Lou Reed, are some of the greatest pieces of rock writing ever.) More importantly, it’s why they all loved him when they grew older and Lester – who died at age 33 from complications caused by drug abuse – was gone, but his writing remained. Lou Reed, Iggy Pop, Richard Hell – all of them recognized later in life that Lester had been right. But at no point during his writing career did Lester ever condescend to the people he wrote about; they were the opposite sides of the same coin, and Lester never could have existed without them. 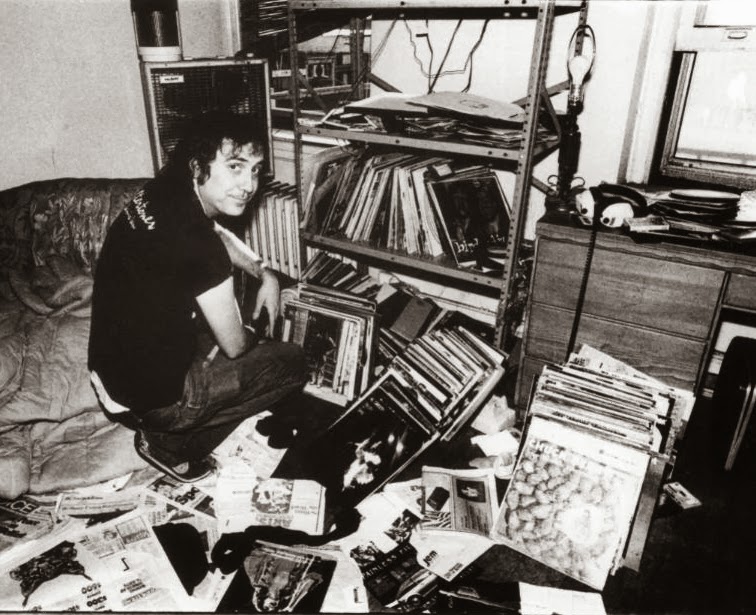 When I began this project, it was with the realization that my love of different art forms had always been about iconoclasm. But I’m a 43 year old man. More importantly, I’m a 43 year old man who has grown weary of feeling misunderstood. I’ve spent my life seeking out the kind of destruction to be found in rock & roll and abstract expressionism and performance poetry and bikers and Black Panthers and circus freaks and silence. But my strength as a human isn’t in creating that level of chaos. My strengths lie in being able to make sense of the carnage. When my best friend (the one who introduced me to Lester Bangs) died, I inherited his copy of Psychotic Reactions and Carburetor Dung. I have two copies now. Partially because it feels sacrilegious to throw out my copy of the book or his, but also because, in a certain way, the book was merely a symbol of the grieving process. My best friend was gone, but this piece of detritus he left behind… this piece of detritus had meaning. Important meaning that I could build a new temple from. Because that's the nature of art, and the reason that I love it. Not because it destroys, but because what we build from that destruction is always stronger than what was standing there before. It's not even disrespectful or arbitrary destruction, because the pieces of the shattered culture get used to create a new culture. And I'm finally old enough and wise enough to realize that this is the kind of work I want to dedicate myself to. I want to dig into the rubble until my fingers are bloody and I want to jump from the trash heap in celebration with a trinket held over my head and scream, "A ha! I know where this can go! It suddenly makes sense to me!" It was a dream I unknowingly chased in my twenties. It was a path I wandered unwittingly as a teen. The same way I’d been doing since my uncle put Little Feat's Dixie Chicken LP on the turntable, turned to me and smiled and said, “You’re gonna love this.”