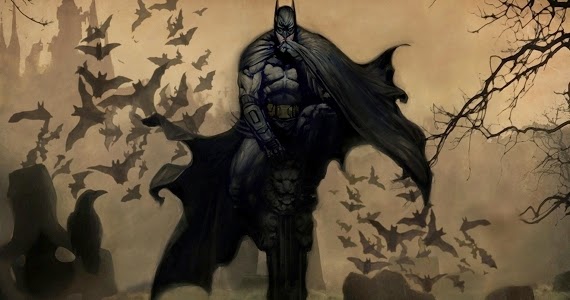 I just celebrated my 45th birthday, and my family made plenty of good-natured jokes at my expense about being closer to 50 years old than 40. It’s been a long time since I’ve had a birthday that caused me mental anguish, but this one did. Perhaps it was moving inexorably closer to 50 years old, but I think it had more to do with recent experiences with therapy. I think part of the process of therapy has exposed how many things within me remain unresolved. It has illuminated how many moments in my life have never received atonement. Combine those missing pieces with the ever-quickening march of time, and I feel some anxiety about ever being resolved. Because one of the most eye opening parts of therapy is learning how far the healing process goes. That it doesn’t end when the trauma ends. That is doesn’t end once you’ve learned to live with the trauma. That it doesn’t even end with atonement. That beyond that, there’s a journey beyond atonement into acceptance and while the new-found state can’t be called “innocence”, it’s remarkably similar. It’s a state beyond reaction and beyond pain and uncorrupted by grief and fear. And I’m realizing that not only am I a long way from that resolved state, but that I never even knew that state existed. I never even knew it was a goal I should have been shooting for. Because all too often, heroic male archetypes don’t seek resolution. They are cowboys who carry their dark secrets like badges of honor. They are brooding loners like Marlon Brando who wallow in the pain of the trauma. And some seek atonement, and go no further. In 1939, one of the most relateable superheroes was created by artist Bob Kane and writer Bill Finger. Batman was not only relateable because he was human through and through, but because he pushed to resolve his trauma farther than most male archetypes, but never quite far enough. 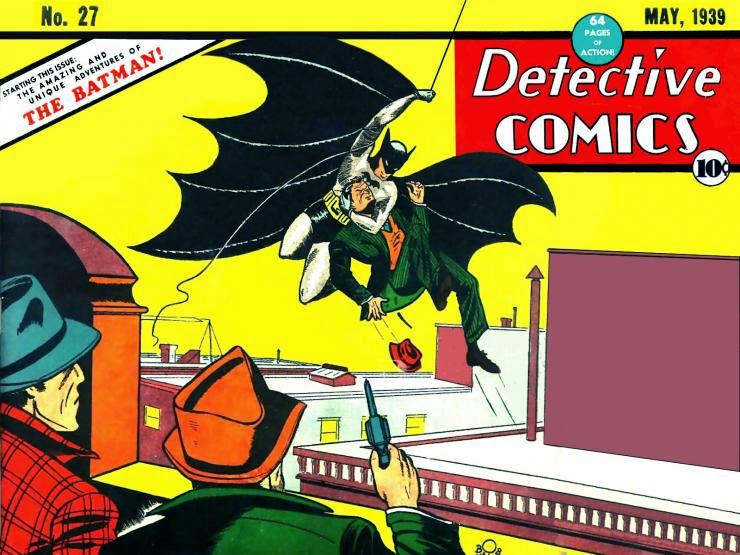 The massive success of Superman starting with Action Comics #1 in 1937, led National Publications (later to become DC Comics) to try to create more superheroes. In 1939, staff artist Bob Kane came up with some sketches for a bat-based character. He showed them to Finger, who tried to create a backstory for the character. Finger liked the idea of making the bat-man a wealthy rogue playboy modeled like Scots nobleman Robert Bruce. The character would also be a fearless (at times, brutal) warrior for a cause, like General “Mad” Anthony Wayne of the U.S. Indian Wars in the Ohio Valley. Thus, Bruce Wayne, also known as Batman, was born. Finger and Kane refined the sketches, made the costume more menacing, and Finger began work on the character’s backstory, which would serve as the first issue. Like all superheroes, Batman would be borne of a tragedy. But unlike Superman, who used his tragedy (the demolition of his planet and his salvation on earth) to focus his superpowers, Bruce Wayne was a man. An extremely wealthy man, but a man nonetheless. Ad so Batman’s heroics were not aided by flight or heat vision or invisibility or any manner of supernatural behaviors. Batman was made a superhero only by his desire to fight crime. By his desire to salve the wounds of losing his parents to a petty thief. By his need to rid the world of that ever happening again. 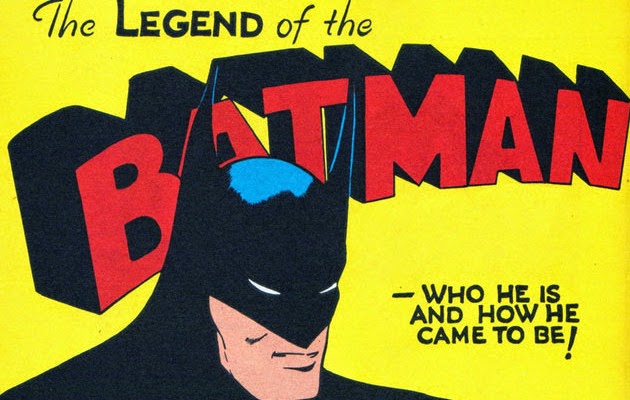 The Batman story was classic monomyth. A tragedy tasks a son with a journey towards redemption. He resists at first, and then goes reluctantly. And for 76 years, Batman has been on the journey. For decades, Batman has suffered setbacks and temptations, he has weathered losses and indignities, he has battled and battled and battled again. And he has won more than he has lost. But the very nature of comics (or any serial publication) doesn’t allow for the journey to ever resolve itself. It’s the irony of the medium; we love Batman so much, we pay to read his story every month. And as long as we love him, we will see the journey continue, unresolved. Bruce Wayne will never experience the sense that his trauma has healed. He will ever embrace that sense of innocence he had before his parents were murdered in front of him. Bruce Wayne will never be whole, no matter how good a job he does battling the demons that created his initial tragedy. And yet, that battle is what we’re drawn to. We like seeing Batman fight crime and we like seeing Batman enact vengeance for the loss he has suffered. And as we watch for eight decades, it becomes easier and easier to overlook the fact that Bruce Wayne is truly no closer to peace than he was when his parents were gunned down in his childhood. And that becomes part of our mythos about healing from trauma – that a continued, lengthy “good fight” is equivalent to healing. And this is why the Batman comics have always been susceptible to a corrupted masculinity, or misanthropy. Without resolution, Bruce Wayne can only change for the worse: more brooding, more cynical, more crazy, more polarized. 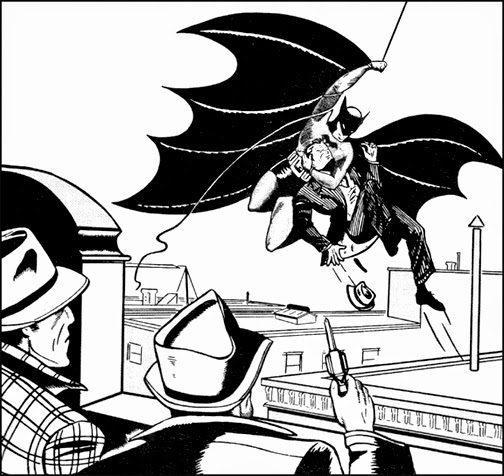 The Batman comics are a classic myth, but so is the journey from the tranquility of innocence to pain and back to tranquility. It’s a journey we all go through, learning to accept and achieve atonement for the things that have hurt us the most, and eventually returning to a place of safety and tranquility. It’s a journey that follows all the classic mythic archetypes. But when we need to pay attention to the stories. In a world unencumbered by comic book profits, a classic myth would have Bruce Wayne feel resolved at some point. He’d grow old and peaceful. He’d know he’d done his best. Because the point of any journey is to eventually return to the place from where we started. Anything short of that is simply wandering, farther and farther away from our starting point. Batman deserves better. Bruce Wayne deserves tranquility and peace. As do we all.