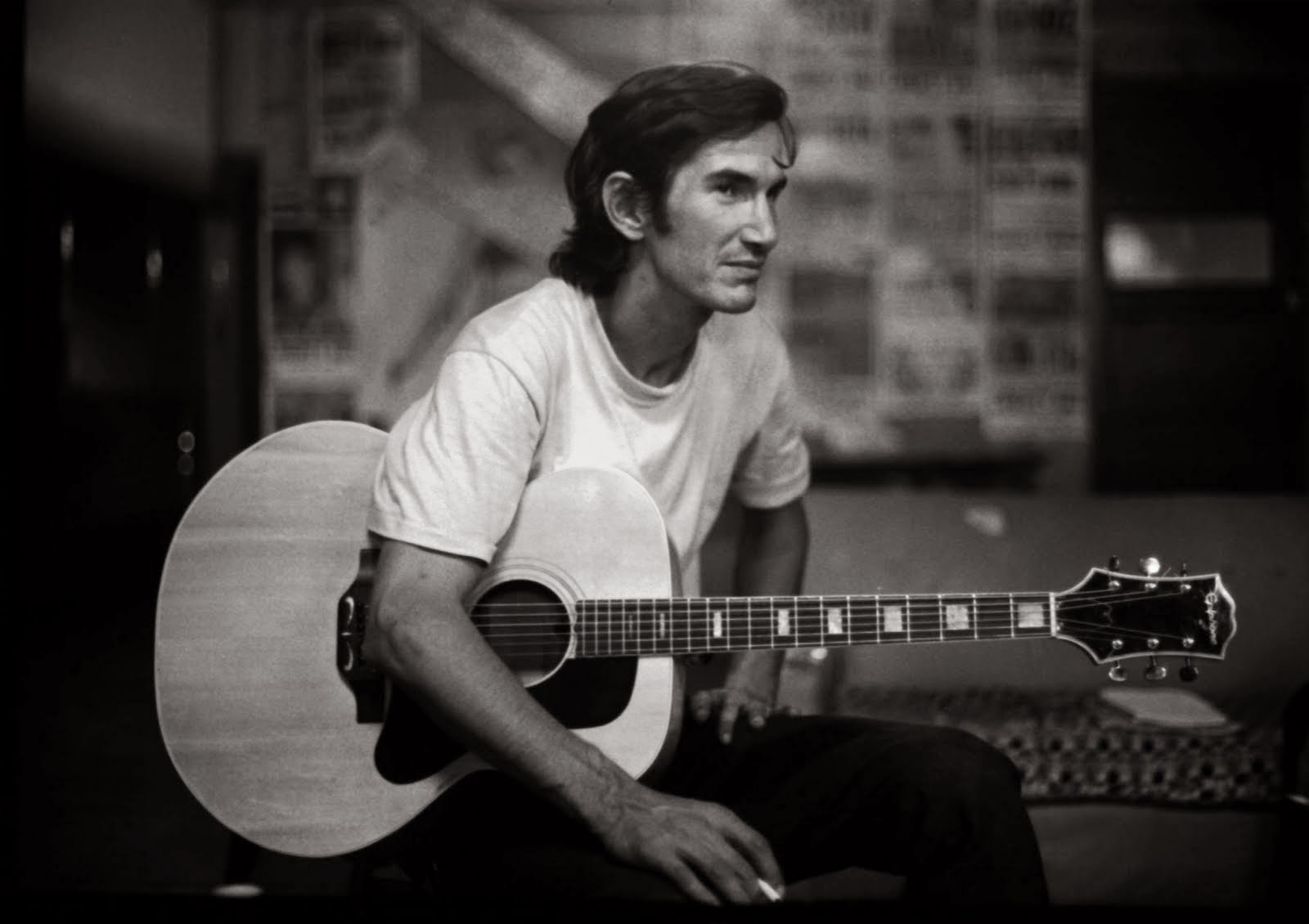 I remember reading a 'zine review of a Townes Van Zandt show that lasted less than three minutes. Van Zandt arrived at a small bar/restaurant late, and in front of a crowd of maybe two dozen, with no soundcheck and just an acoustic guitar, Townes plugged in, stared at the ground, dropped the guitar from his lap and began weeping. In the review, nobody moved to help him. The moment was awkward, and Van Zandt was a bad drunk and drug abuser with some clear signs of mental illness and for a small group of fans, nobody quite knew what to do. So one of the people in the crowd offered him some pizza. In a moment of great emotional upheaval, sometimes all you can do is offer a token of kindness, and let a person know that you recognize their pain. Van Zandt eventually apologized a number of times, and then left. Normally, this is the kind of life-defining moment in an artist's career, the moment where the emotions are too great and the feelings too raw and the emotional collapse comes in the most open and vulnerable moments. These are the moments went artists either find their strength, or wither in die. Except in Townes Van Zandt's case, it was a fairly standard show from the late 80s. I've heard a number of similar stories, and the time I saw Townes lives was anything but enthralling. He was drunk and seemed fairly uninterested in what he was doing. Not uncaring, just preoccupied. I'd discovered Townes in high school after hearing Willie Nelson and Merle Haggard's recording of his song "Pancho & Lefty", and something grabbed me in his lyrics. This was odd, considering I was a high school kid in a respectably-middle class suburban Chicago neighborhood in the '80s, long before country music was considered hip or cool. And yet, Townes Van Zandt's songs spoke to me at a very early age. Songs of drunkenness and spousal abuse and heartbreak and robbery and drug abuse somehow resonated with a kid who -from the outside - had no worries bigger than which car he would drive to the junior prom. But the dark parts of Townes lyrics spoke to the part of me that had already given up my belief in humanity. For years, Townes music would act as part of the soundtrack to my own self-destruction. As I would fall deeper and deeper into loneliness and depression and isolation and self-destruction, Townes songs made more and more sense, and gave credence to the degradation I was feeling. Like the narrators of Townes' song, the actions of my life may have been sad and stupid and self-destructive, but as he said in the first song he ever wrote, "Sometimes, it's easier than just waitin' around to die."


The irony behind Townes Van Zandt's life is that nothing about the exterior of his early life would have indicated that he could write the songs he wrote, nor did it seem to set the table for how his adult life would play out. Born to a wealthy Texas oil family of prominent history (Van Zandt County, between Dallas and Tyler, was named after one of Townes' great-great-great-grandfathers), the Van Zandt family moved for his father's work as a corporate lawyer. Bright and talented, Townes was groomed from a young age for a career in politics or the law. It was only when he went away to college that things appeared to have changed. While a student at the University of Colorado, his parents finally withdrew him from school because Townes suffered major bouts of depression and binge drinking. His parents brought him home, where he was diagnosed with manic depression. Different attempts would be made to "cure" Townes of alcoholism and depression through insulin shock therapy, which would rob him of long-term memory for the rest of his life. By the late 60s, Townes had decided to focus on music exclusively, and spent years between Houston, Nashville, and Austin as he recorded a number of albums. 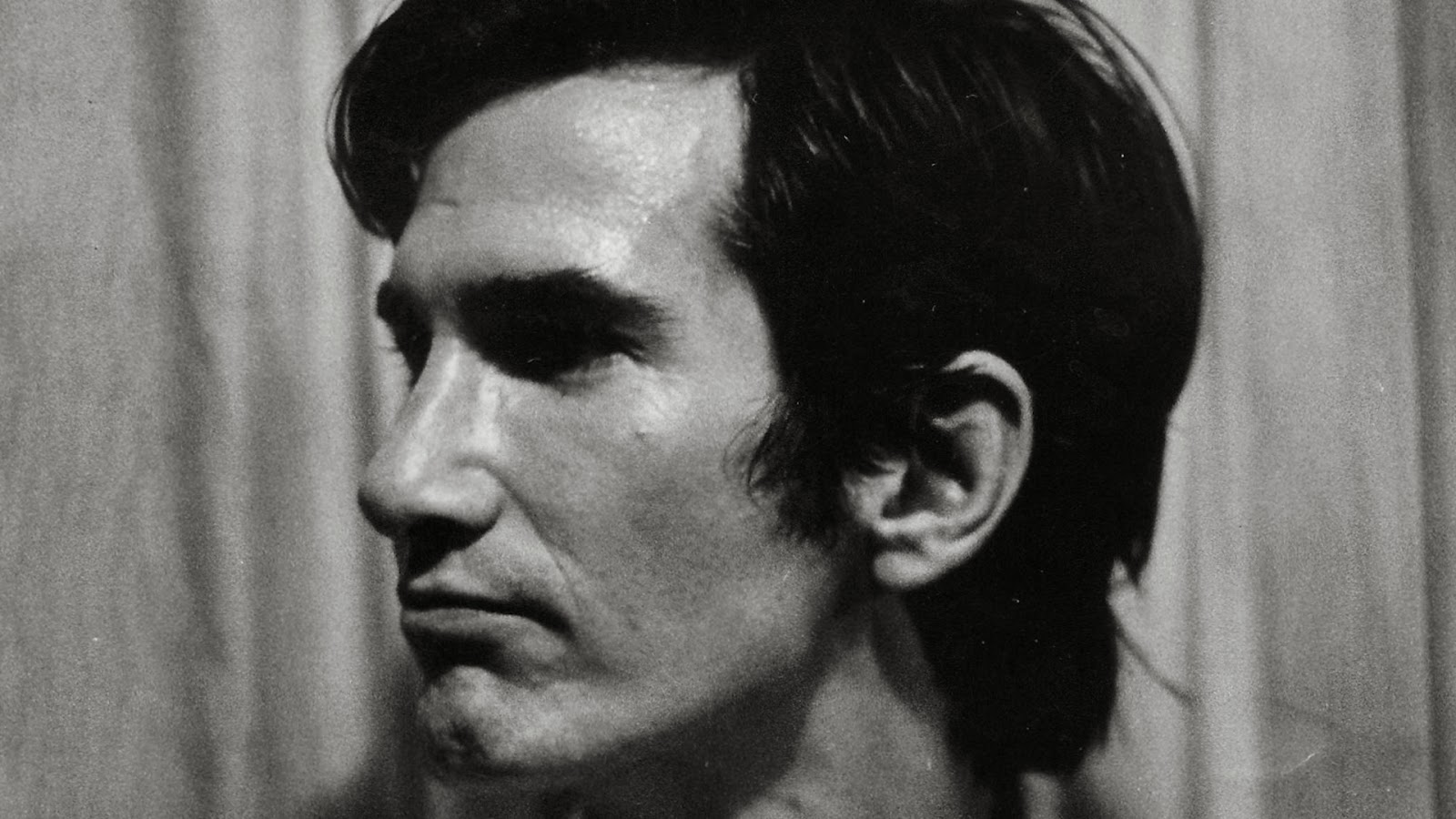 What stands out in Townes Van Zandt's music is how forsaken everything is. His very first song, "Waitin' Around To Die" is about a narrator who is raised in a terribly violent family, and he responds by making bad choice after bad choice, all in an attempt to avoid the numbness of "waiting around to die". In the world of the song, every character exists to take advantage of every other character and to abuse at will, and the only relief from each other is to isolate: by running away, by going to prison, or by going into a narcotic haze. At the end of the song, the narrator is a codeine addict, who spends his day sleeping off the slogging medicinal exhaustion because it's better than the alternative - "just waiting around to die". There is no hope. There is no possibility of a better tomorrow. There is only isolation, and ways to kill the pain and speed up the clock in the minutes while we wait to die. It's a powerful first song. The first impetus the man had to write about life and share his outlook was a world of total isolation - a world where living was a curse to be endured. The song was actually in line with Townes' outlook. Even his love songs like "No Place To Fall" describe what a beautiful relationship should look like, but the narrator is forced to ask if the relationship even exists for the woman. More importantly, his question is basically, "Will you love me when I'm completely unlovable?" In Townes Van Zandt's world, even the love songs are contrasted with the innate pull of humans to hurt themselves and each other, and love is something to be withstood as we fall apart individually, not the typical "the whole is greater than the sum of the parts" attitude we typically hold about love.


There's a moment in the life of some people where we have to face the belief that life is, at its core, not a positive experience. That's not to say that this attitude can't be turned around. And while life may never be an "everything is awesome!" experience, it doesn't have to feel like a weight to be carried uphill. I know when I was young, despite being born with the kind of advantages Townes Van Zandt was born with, life felt more like a curse than a blessing. I know I gave it my all to try to fit in, to try to behave the way other people behaved. I know I fell in line with the idea that the collective wisdom of the crowd had to be wiser than anything I could ever come up with individually, and I chased the medians and the means like a man obsessed. If peace and wisdom could be found in the averages, I wanted to be the most average person on earth. I wanted to be spectacularly average. And even in the moments during which I was certain I had attained a sublime mediocrity, I felt hollow and lonely. I certainly never felt accepted. Probably few high schoolers really do, but even after high school had ended and my path of self-destruction had begun, I felt like the world was a place of intense isolation and failures of fidelity. And the songs of Townes Van Zandt made sense to me, because they described that wasteland where nobody really cares for anybody, and all we can do as individuals is hope that someone can love us enough not to forsake us as we work to destroy ourselves, them, and any love they feel for us. But it took me years to see that Townes chronicling those things was a way of mounting a defense against them. While no Townes Van Zandt song was a condemnation of the kind of world where people wait around to die, his song was an exposure of that world. He sang - sadly, mournfully - of that world and in doing so, he implied, "I see you. I know you exist. And you can pretend that everything is all right and normal, but I see you. I know you exist. And I'm going to let others know about you." And in those moments, he collected an audience. He collected like-minded people who understood that there was a world just like he described, and that some of us were cursed to live in it, just as he was. And in the moments that seemed most hopeless, it was that willingness to look into the blackness that we admired. It was that willingness that connected us. And as each of us had the moment where we broke down at the overwhelming frustration of it all, there were the songs. Offered up to us like a slice of pizza to quell an emotional breakdown, we were a community. A hopeless, lost community, but a community, nonetheless. Thanks to a man who probably shouldn't have been able to see that side of the world, but who did. And who lived to tell the tale as he waited around to die.