It’s Monday, and I’m already completely overwhelmed at work. This is far from an uncommon state, although things had been going smoother for some time now. But this week, I’m behind on critical things and have tons of rapidly-approaching deadlines and numerous meetings and random requests filling my day. I tend to work with either music or a movie playing in the background - just enough white noise to keep me from getting exhausted, and just enough escapism to keep me from getting depressed or stressed. When I’m really overwhelmed, though, I will occasionally stop what I’m doing and watch something short: a music video on YouTube, a cartoon, something. Today, I watched Jim Henson’s Oscar-nominated, non-Muppet short film Time Piece. It’s a film that fascinates me in its simplicity. In the film, the main character (played by Henson) runs frantically through his life, constantly dealing with time in one way or another. He’s either oppressed by time or reveling in it. His existence is constrained by time and often kicking as its boundaries. In the PBS Great Performances tribute to Jim Henson, longtime Henson collaborator and writer Jerry Juhl talked about the film, and more specifically, about Jim Henson’s relationship with time. In the interview, Juhl said, “There was never enough time for Jim. There never would have been enough time.” If you’ve read many of the previous posts in this project, you probably recognize why this quote – and this aspect of Jim Henson - resonates with me. Because at the end of most days, I fall asleep – usually accidentally, while doing something – feeling like there wasn’t enough time. That there were far too many tasks left incomplete, too many desires left unfulfilled, too many thoughts left unstarted, too many words unspoken. And far too few times where I felt “in the moment”, unfettered by the stress and the worry about all of the other things left hanging over my head. And in my darkest, scariest moments, I begin to think that there never will be enough time, and that someday I’m going to die after spending my life worrying about how many things needed to be done yet never actually doing any of those things. 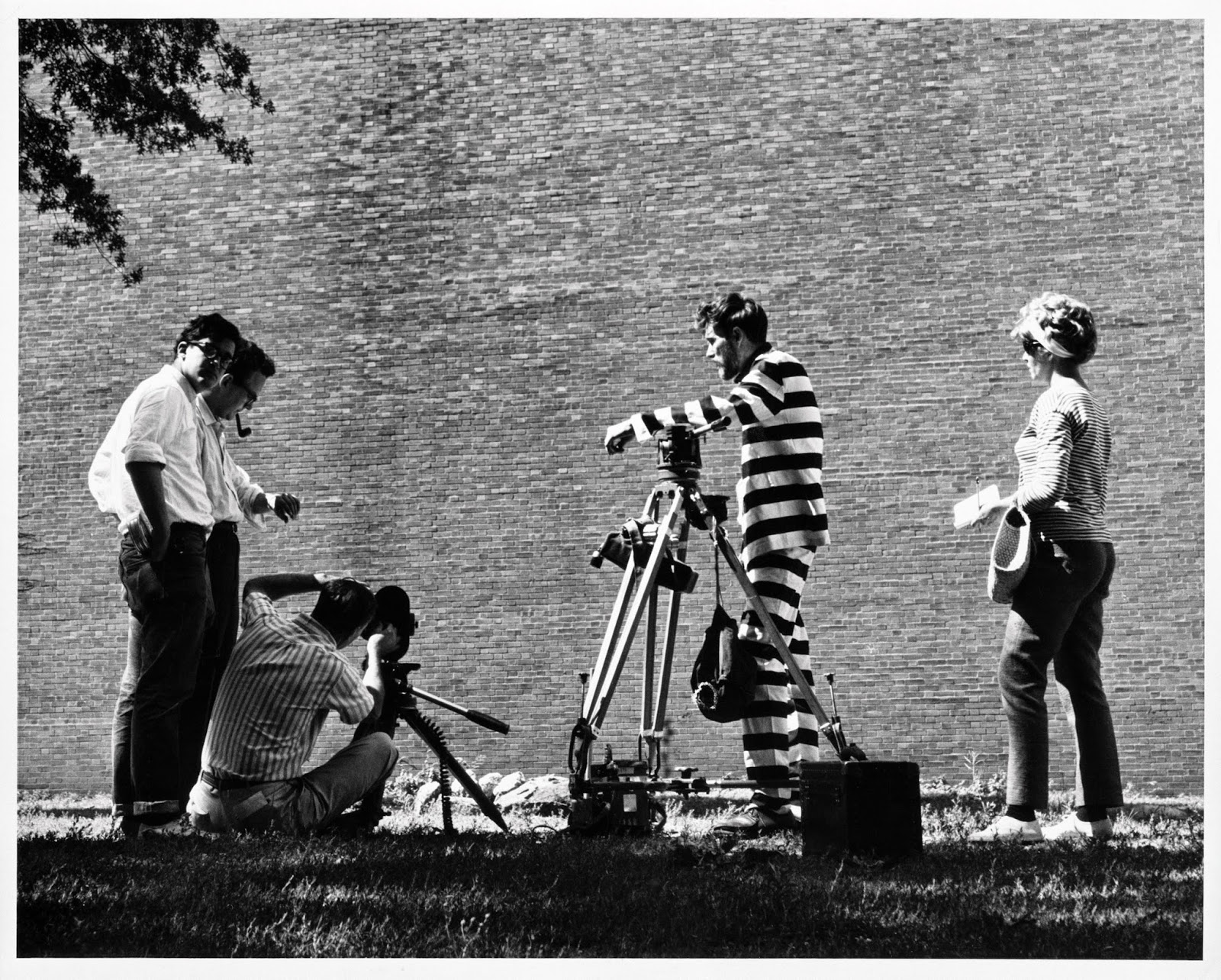 Time is one of those things that – when I think about it – is filled with lament. When I think about the time that has gone by, I think about all of the missed opportunities that have gone with it. I think of the goals I wanted to achieve in my twenties. I never achieved them. (At least not many of them.) I think of the goals I wanted to achieve in my thirties. I did a little better, but I still missed a large, large majority of them. I think about being midway through my forties, and I have achieved very few of the goals I have set in that time. Maybe I have too many goals; I frequently wonder that. Maybe my timelines are too stringent; I think that, too. And I recognize that the constant inability to focus on any one goal and the constant anticipation and anxiety that reminds me of all of the goals that I’m continually failing at causes me a lot of stress. From what I can tell though, Jim Henson didn’t have that kind of relationship with time. He didn’t have those issues, or at least very few of them. He had far more goals and plans than I have – or have ever had – but he regularly achieved them. More specifically, he achieved them over and over. And the more he achieved, the more fulfilled he seemed to be. As I watched Time Piece, I considered Henson’s goals and how he achieved so much with seemingly so little time (he died at age 53). And as I thought of time as a sad, lamenting concept we use to reflect upon the things we never did, I remembered Jim singing “Time In A Bottle”, the Jim Croce classic on The Muppet Show. His version was so beautiful and so haunting.


“But there never seems to be enough to do the things you want to do once you find them I’ve looked around enough to know that you’re the one I want to go through time with.” What a gorgeous chorus: time is passing, and the singer realizes it. In the sketch, the scientist is creating a potion – literally, time in a bottle – and he drinks it over and over to become younger and younger. But he’s not seeking youth so that he can search for new adventures. He realizes how many things he should have valued along the way that he missed, and now he’s desperate to go back in time and re-capture them. And to truly value them and cherish them. Because now, at the end of his life, he’s looked around enough to know what he wants. Time, for this old scientist, has been about focusing on everything else, and by doing that, he’s learned what he wants. And now he’s desperate. He wants time back. “I know that I want to go through time with you,” he realizes, and it saddens him. This is not a love song; it’s a lament. He’s wasted his life looking around, and all of the things he’s experienced and all of the things he’s seen are meaningless to him. And he knows who he wants to go through time with, but time is gone. 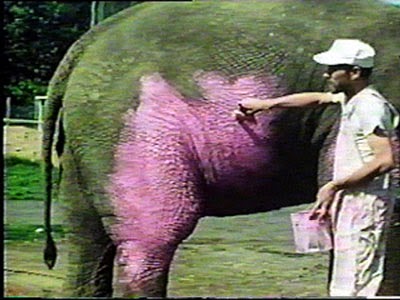 It’s one of my deepest fears. That I will spend my life following my dreams, and only realizing what it is I really wanted or needed when there isn’t enough time to achieve them. I was neck-deep in experiencing that fear when I had this thought. I was working hard to succeed in my job, but the overwhelming demands of the job led me to think about all of the other things I was missing to accommodate those career goals. Time Piece is not just a film about Jim Henson wrestling with “not having enough time”. If that was the case, the film would be filled with nothing but oppressive images. Certainly the film has those, but not an overwhelming amount. Time Piece is really more a meditation on the nature of time – specifically, on the flexibility of time. One of the concepts that frequently comes up in quantum physics is that time is not rigid and inflexible. That’s how we’re raised to think of it, of course. A second is a second, a minute is sixty seconds, and hour is sixty minutes and every one of these units is exactly the same. And we all have a specific number of seconds that we will live, and while the amount may be different for us all, the scale is exactly the same. While I don’t pretend to understand the math and physics behind the quantum definitions of time as flexible and impermanent, I recognize the examples of it in Time Piece. We’ve all experienced how a ten-minute period can go by in an instant while others seem to drag on interminably. That’s what Time Piece is; it’s a series of images – some happy, some sad, some sexual, some violent, some aggressive, some peaceful – designed to elicit reactions from us. Some leave our memories as quickly as they entered. Others, like the image of Jim painting a live elephant with a large paintbrush and bright pink housepaint, stay with us much longer. The reality is, our reactions to these images slide with each individual and each viewing – often times with the same image. We’ve all experienced this sensation. I often feel like I’ve been a parent forever, but when I think of my son nearing thirteen, it feels like he was born yesterday. Time is a matter of perspective, Time Piece reminds us. Because time is not just a rigid process of ticking seconds; time is emotion. Because it speeds up when we’re exhilarated and it slows when we’re stressed. 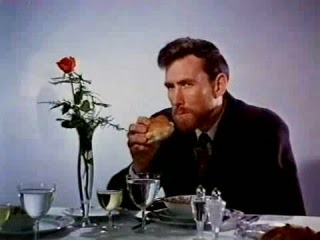 Time is emotion. Time is meaning. Time is fulfillment. So when I (regularly) say, “There isn’t enough time” to do the things I want to do or need to do, I’m not saying there aren’t enough seconds to accomplish those tasks. If time is fulfillment, it becomes a testament to what we value, and what is meaningful to us. And while Time Piece gives us the myriad examples of things which could be used to fill our time and give us meaning, the Muppet Show sketch articulates what life is like for many of us. Time passes us by and feels in short supply because the things we focus on and the things we do – what we fill our time with – have no meaning. Therefore, time has no meaning. We live our lives consciously thinking of time as number of consecutive seconds, and we are simply filling it with whatever is necessary at that time. But the truth is actually bleaker than that. Time is merely what we choose to focus on, and all too often, we choose to focus on things that simply don’t matter. And in those moments, we’re not just wasting time, we’re wasting our lives. 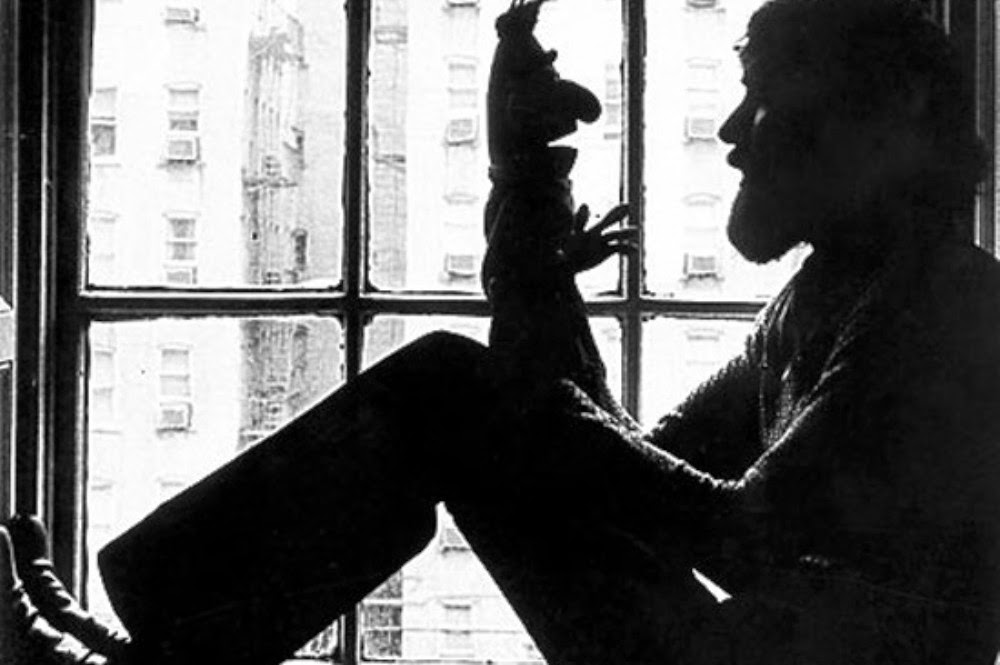 And so tonight, as the kids were put to bed and I began to stress about all of the work on my “to do” list and all the deadlines looming, and I began to gather my things to go to my office and start another all-night work session, I stopped. For just a moment. And I sat down. And I spent an hour writing this down. And I scanned some sketches I’d done for an art project I’m considering doing with my kids’ help/inspiration. I gave myself a couple of hours. Because for most of the day, I’ve been wasting my life. But right now? I’m granting myself just a little bit of meaning. And just a little bit of time.