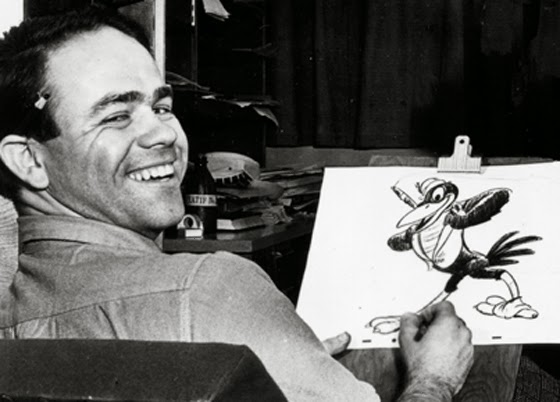 Tonight at band practice, I pulled out a joke that always gets a laugh. In the middle of songs, I sing in cartoon voices. The band will be in full swing, and the vocals suddenly get hijacked by Homer Simpson or King Julian from "Madagascar". I don't make up new lyrics or even draw extra attention to it. It gets a laugh only because of the silliness of it; the contrast of regular lyrics with the over-exaggeration of a cartoon voice. In an instant, the expectation of a specific pitch and tone and emotion gets expanded and blown out of proportion. The voice remains in pitch, but at a wilder frequency. The tone changes from level to loopy. And any emotions are suddenly replaced with the muted zaniness of a cartoon, the type that threatens to blow the lid off itself at any second, for no apparent reason. It's a familiar laugh, one I can get from my bandmates or my kids. It's the laugh that comes from taking the expected and bending it into a new version of the same old shape. We confound expectations without fundamentally changing the source material, and the audience is delighted. Visual artists have done this for years. Picasso changed the female form into a mixture of perspectives and mask-like features. Animators have the opportunity to create visual art as realistically or as stylistically as they choose. The animator who best embodies the "bending of the expected into a new version of the same old shape" was legendary Disney animator Ward Kimball. 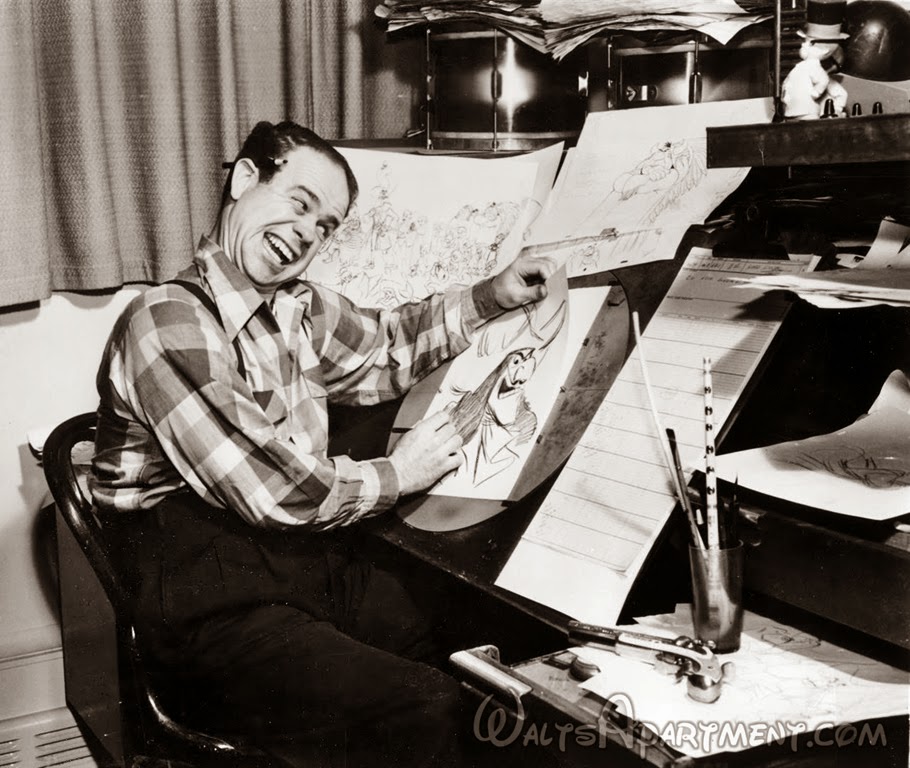 Ward Kimball was known as a great draftsman when he joined Walt Disney Studios in his early twenties. He could draw anything he was asked to draw, and his drawings looked realistic and specific. The lines of his art were intentional, and could serve to make things look recognizable. But Kimball had a silly side, as well. Put to work on Snow White and the Seven Dwarves, Ward created an introductory scene where the dwarves ate soup at their long dining table. Surviving keyframe sequences of the scene are hilarious. Soup splashes everywhere as spoons dig heartily into soup bowls and excitedly move into mouths. It was messy, hearty, exciting, and adorable. The scene was a delight, but due to time constraints and a need to move the story forward towards the witch, Walt cut the scene before it could be fully animated. Kimball, then 22, ws dejected and planned to quit, but Walt Disney personally talked him into staying, telling him he had big plans for him. What Walt had seen was Kimball's ability to take the fundamental principles of animation - squash, stretch, anticipation, exaggeration, anticipation, etc. - and not only make them lifelike, but make them hilarious. Walt told Kimball he had a new project he was developing about the classic Italian fairy tale Pinocchio, and there would be a main character that he wanted Kimball to animate: a singing and dancing cricket named Jiminy. 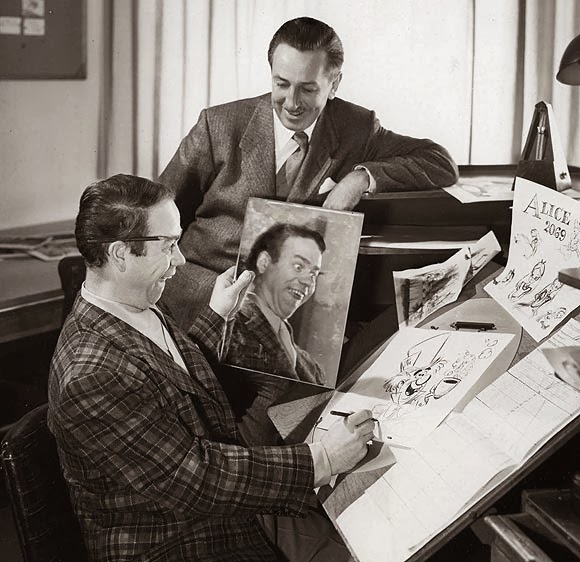 The creation of Jiminy Cricket was Kimball's earliest calling card as an animator, and the fact that the tiny conscience to the wooden boy looked so much like Kimball himself would look in his later years has been explored by better writers than myself. But Jiminy Cricket was so filled with emotion, that Walt would unleash Kimball's style all over Disney pictures. Kimball was quickly accepted as one of Disney's nine key animators - called "The Nine Old Men" - and his style was clearly the wildest. Whereas animators like Milt Kahl and Frank Thomas brought a definitive realism to their animations, Kimball's lines were pure comedy. If he was drawing a nose, it looked just enough like a nose to be recognizable. Beyond that, the line existed for comedy's sake. Characters walked with the regular skeletal functions, but their limbs bent greater and reached further than biology could ever allow. When Walt decided that Mickey Mouse needed an overhaul for television, he entrusted his cornerstone character to Ward Kimball, who gave him the look we know today, as well as the extra-bouncy walk specific only to Mickey Mouse. 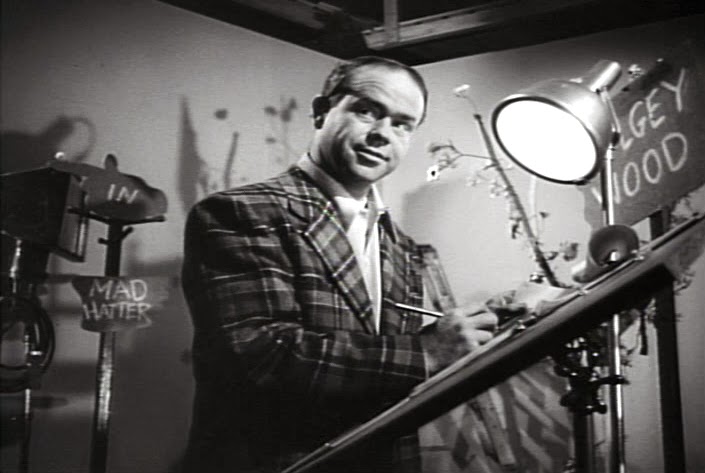 What makes Ward Kimball's work so timeless and engaging is that there's nothing abstract about it. We recognize Jiminy as a cricket, despite his confident walk and dance moves. We recognize the crows in Dumbo as crows, despite the fact that they walk upright. We feel the humanity of the Mad Hatter despite the madness. The work is not abstract; we don't have to search to understand what it is. Kimball draws elements of a life we recognize, he just injects them with a silliness and a whimsy that explodes the lines of his drawing into wild, loopy dimensions. As a visual artist, the line is the foundation of his work. And a line serves a specific purpose in animation - to define a character. The animator can then choose how specific that definition will be. Ward Kimball defined the world in crazy, wild loops. A line is always a line, but Kimball proved that we can use those same lines to delight and entertain. A song is always a song, but we can change it slightly to make it suddenly funny and unexpected. How many more opportunities like these do we miss on a daily basis? An interaction with the grocery clerk is always an interaction with a grocery clerk. Do we simply let it pass with as little effort expended as possible, or do we infuse it with joy? A dinner with our children is a dinner with our children... A moment with our spouse is a moment with our spouse... Sex is sex, love is love, and standing silent before nature is always just a moment standing silent before nature. It's what we choose to bring to those moments that turns the ordinary into the extraordinary. We don't need to disrupt these moments, or to replace them. We don't need to replace a family diner with bungee jumping, just so we can find excitement in our lives. We can bring depth and passion and excitement into anything we do. If Ward Kimball showed anything in his style, it's that we can make any moment better, happier, more fulfilling. And he proved it by breathing wondrous life into something as simple as a line.