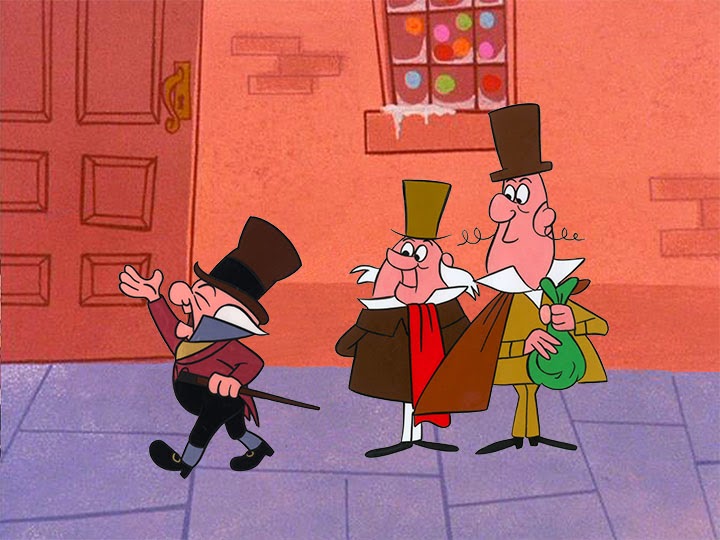 Some things are simply about gratitude, not inspiration. In 1962, facing the increasing popularity of television, theatrical cartoon producer UPA knew they needed to make the shift from movie shorts to TV cartoons. Already known for their limited animation style, the shift should have been simple, but UPA was struggling with handling the workload of weekly cartoons. Taking a gamble, they decided to create a Christmas special, believing that it could potentially be replayed annually with no further production costs. So, UPA dipped into their character stable and chose their two biggest stars of the day - Mr. Magoo and Gerald McBoing-Boing - and created a version of A Christmas Carol. Limited to an hour (minus commercials breaks), UPA decided to turn the story into a musical. To write the music, they hired Brodway songsmiths Jule Styne and Bob Merrill, who would go on to write the music for Funny Girl and Gypsy. On December 17, UPA premiered the first animated Christmas special. (Rudolph The Red-Nosed Reindeer would follow in 1964.) It would go on to be an annual classic well into the late 1980s. UPA, on the other hand, would continue to have production problems and would fold in 1964.

As a lover of animation, the tale of UPA is tragic. A studio under dramatic constraints, baffled by a paradigm shift to their entire creative process, decides to take a huge gamble. They assemble a talented story and song team, and then proceed to slice and dice the order of one of the most familiar stories in history. And then they turn it into a musical. And yet, it works. The special is beautiful and goes over wildly. The story behind the special is every bit as cinematic as the story itself. Mr. Magoo's Christmas Carol is one of the greatest climaxes in animation history. 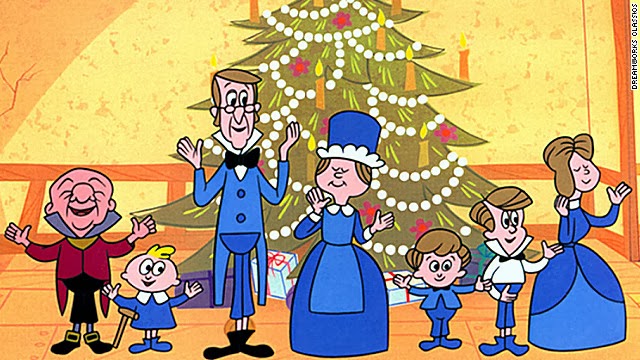 So I was excited when my mother told me that Mr. Magoo's Christmas Carol would be playing at the Holland Theatre in my parents' hometown of Bellefontaine, Ohio, I was thrilled. My fascination with watching movies in theaters has been lifelong. Not only can I remember what movies I've seen in theaters, I can remember the theater. I can remember who I was with. In most cases, I can remember where I was sitting in the theater. And I grew up going to the Holland. Whenever I was visiting my grandparents, I would try to go see movies at the Holland. The main theater in the Holland was an historic theater, decorated to look like a Dutch town square. Tulips, buildings, and moving windmills adorned the walls, and the celiling overhead looked like a starry night sky with actual lights for the stars. If going to the movies was like church for me, the Holland was like attending a service at The Vatican. 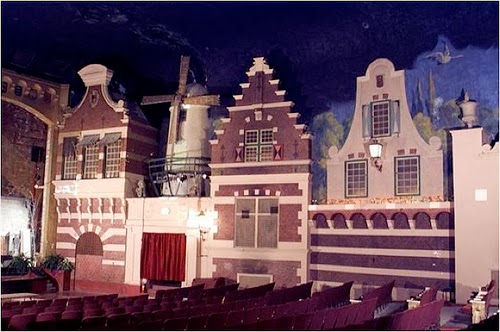 The Holland closed in October of 1998. I went to the final screening. (Armageddon, with Bruce Willis and Ben Affleck. I sat 3/4 of the way back, on the right.) After the screening ended, I talked with the theater's owner and the projectionist about the history of the theater. I'm not normally good at conversations with strangers, but I didn't want to leave. I sensed they didn't, either. The Holland would close, I would marry and have kids, the Holland would change ownership, the new owners would donate the building to the city and it would earn historical site designation. Plans were set up to re-open it for special events, local theater, and concerts. And it would start with a Christmas-time screening of Mr. Magoo's Christmas Carol. 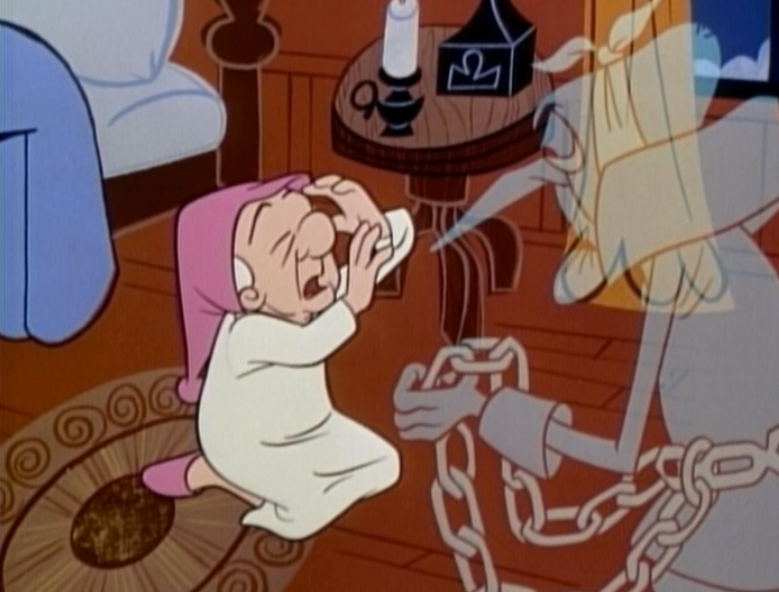 And so, on the last night the Holland Cinema would show a movie, my son and I went to the theater. We bought popcorn and drinks, and I introduced him to the first animated Christmas special in my favorite theater. When it was over, I showed him around the theater and told him stories about other movies I'd seen there, including seeing "Scream" in that same theater with my wife on one of our early dates, years before he was born.

The term "swan song" refers to the allegorical belief that a swan sings its most beautiful song right before it dies. That having sounded squawky and rough its entire life, a swan sings one final grogeous tune and then dies in a state of beauty and dignity. At Christmas time, I have been lucky enough to have the memory of seeing Mr. Magoo's Christmas Carol at the Holland Theater with my son. It was two swan songs, played simultaneously. And the harmony was gorgeous.