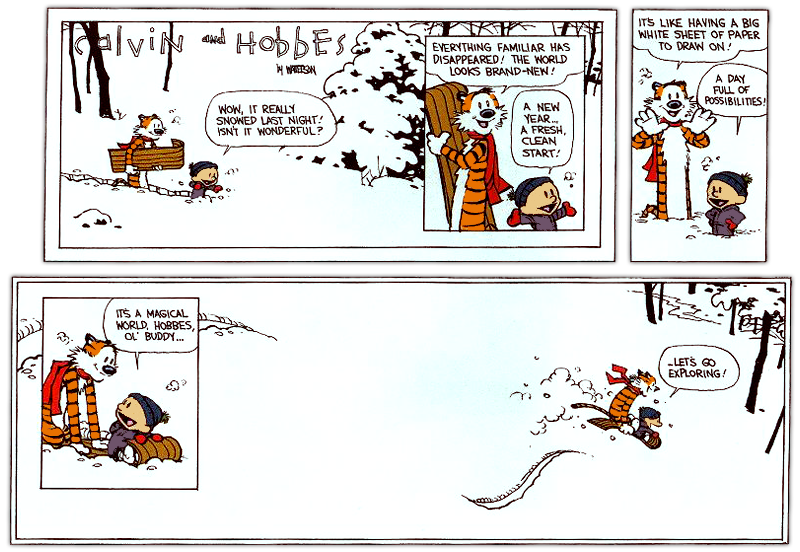 When I was 11, I got my first paper route. Every morning, I would deliver The Daily Herald to homes throughout my neighborhood in the early morning hours. Delivering papers is not the most exciting work, and my brain started concocting fantasies as I worked. In one prominent fantasy, I was a spy delivering plans to overthorw an evil empire to other rebels. The plans required me to walk on a catwalk (the gutter) thousands of feet above the heads of the teeming masses of the oppressed (each rock in the asphalt of the road was the top of an oppressed head). One false move, and I would fall to my death. But the plans needed to be delivered before sunrise, when the police would notice the lone figure high above, single-handedly eroding the power of the state...

When Calvin & Hobbes published its final strip on December 31, 1995 it was arguably the last great newspaper comic strip. With the slow decline of the newspaper industry, the diminished space given to comic strips, and the opportunities available to cartoonists on the Web, it is unlikely that another comic strip will grab the attention of society as thoroughly as Calvin & Hobbes did. In the final strip, Calvin speaks to Hobbes about the snow that has blanketed their world. The comparison between the blank canvas of the cartoonist's bristol board and the open possibilities before all of us is apparent. Bill Watterson's message is clear: you can do anything you want to do. In the very final panel, Calvin & Hobbes toboggan away with the exclamation, "Let's go exploring!" In the world of Calvin & Hobbes where an average day can include fighting dinosaurs or flying a spaceship or landing a damaged F-16, the exploring possibilities are open as wide as humanly possible.

Part of what made Calvin & Hobbes so popular was how lifelike it was. Yes, Calvin was wise beyond his years, and yes, much of the action took place within Calvin's imagination (including anything Hobbes said, thought, or did), but examined from a broader sesne, Calvin was more "everyman" than a specific "bad boy" archetype. Calvin was the part of us that felt underutilized and underappreciated, taken for granted. He was the eternal child that lives within us that may not see the way through a situation, but certainly can find an enjoyable, creative way through. Calvin was the part of us that uses games and fantasy to combat boredom. Humans created mythologies to help them understand phenomena like rain and seasons and nightfall; Calvin is that part of us.

Comic strips like Peanuts would delve into their creator's flights of fancy; Watterson would never interrupt the reality of Calvin & Hobbes with that kind of a trick. When Charles Schulz' son learned to fly helicopters, he turned Snoopy into a helicopter. He'd already given Snoopy and imagination and superior skills at sports and creativity, but now he could physically do impossible things. We could (possibly) believe that Snoopy's baseball skills and writing were figments of his imagination, but flying around with ears spinning like chopper blades was an impossibility; it was a world we could never know. Calvin & Hobbes never left a world we understood. 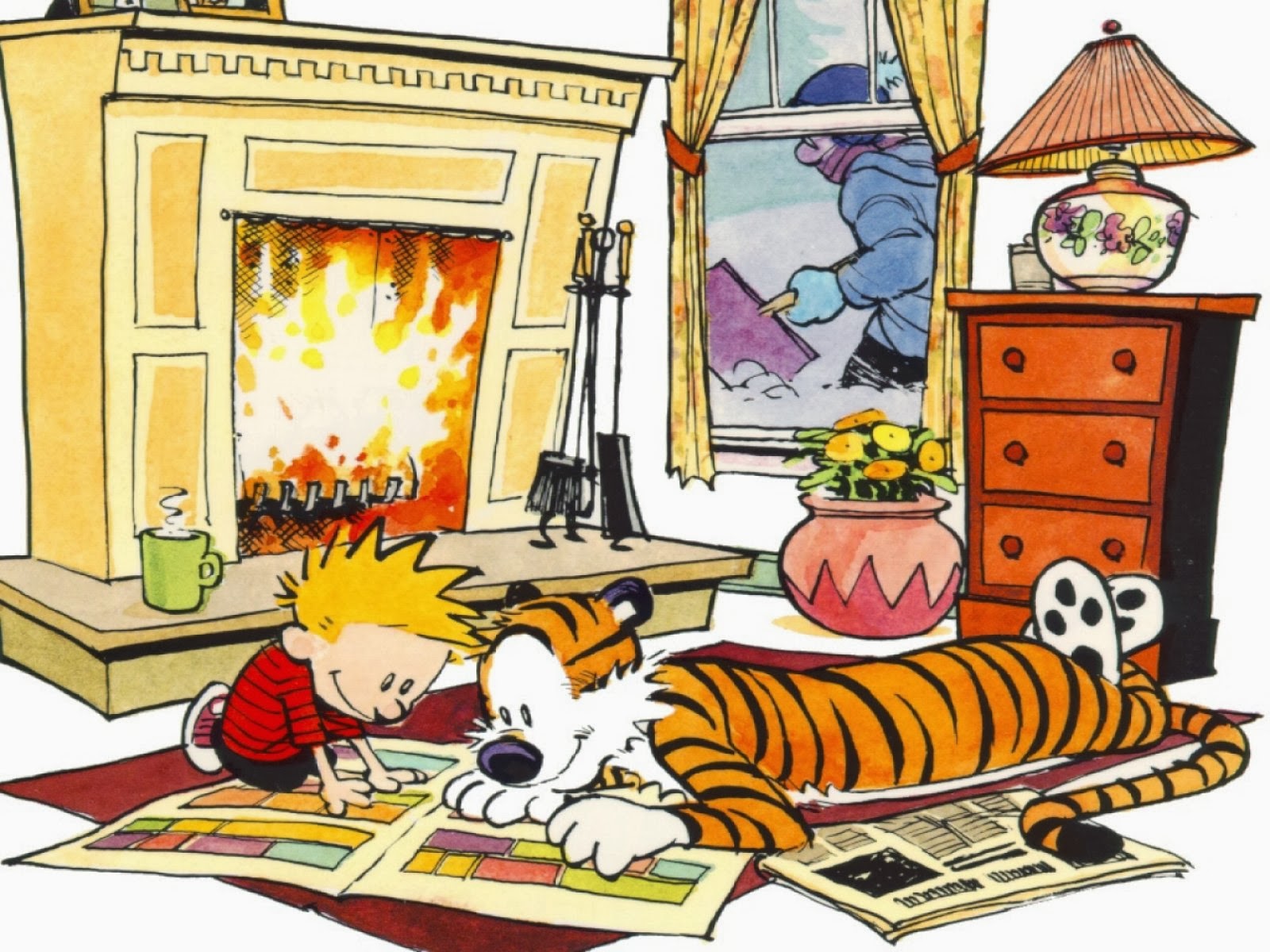 When we love a comic strip like Calvin & Hobbes, we're re-connecting with the idea that imagination can solve problems. Those problems may be as simple as boredom, or they may be as broadly metaphysical as death. Only a child can adequately personify our feelings of inferiority to authority, whether it be a government, a boss, or life itself. And only a child has the mixture of bravery and naivete to voice their objections to authority the way Calvin did. If Bill Watterson provided us one single kindness, it was that Calvin never grew up. That he never allowed himself to be jaded or to be beaten down by life. In our final good-bye to Calvin, he was merely continuing the years of imagination he'd already built. And as he sped away in the snow, he left us with his charge. Go exploring. Use your imagination. And if the world doesn't meet your standards, see what you can imagine to change it.