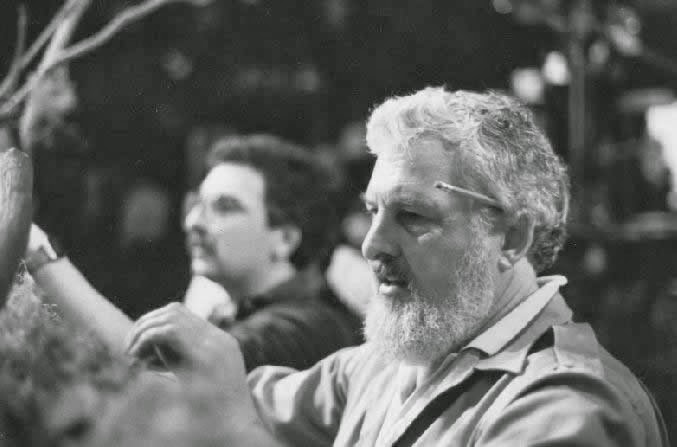 Sesame Street had only been on the air for three months when I was born. Like most of my generation, its influence on me was pronounced. Unlike previous children's television, which was designed to entertain and babysit, Children's Television Workshop was created with the mission to help children learn. From the show's first episode, Jon Stone had been its director and head writer. Stone, who had started as an actor and a writer for Captain Kangaroo, was "probably the most brilliant writer of children's television material in America", according to CTW founder Joan Ganz Cooney. It's more than a little sad that so few people know about Jon Stone, considering how deeply his personal creative vision influenced toddlers from 1969 to 1994. Jim Henson and the Muppets may have been the memorable, entertaining part of the show, but Sesame Street was really Jon Stone's baby.

Part of the reason it has always been difficult to pin down Jon Stone as an icon is because it is difficult to discern which elements of the show were generated from the show's educational goals, and which elements were Stone's. It was hard to remember that the comedy of the Muppets had not been written by anyone from The Jim Henson Company - they only acted out the lines. Was it a progressive agenda that advocated TV's second inter-racial couple (David and Maria) on a children's program - only six years after the US Supreme Court had finally struck down anti-miscegenation laws in America - or was it Jon Stone? Jon Stone was Sesame Street's captain, but the show was too groundbreaking and too well-informed to be the product of a single man. It wasn't until the show's ninth season that Stone had the opportunity to truly showcase his vision when PBS asked for a Sesame Street Christmas special to be broadcast in prime time. Unlike the regular shows, this show wouldn't have any direct educational components: no learning letters or words or numbers. Jon Stone was excited, and wrote and directed the entire episode, called Christmas Eve on Sesame Street. When it was finished, Jim Henson declared that if you want to know who Jon Stone is, Christmas Eve on Sesame Street is a perfect example of Jon's soul.

The show's structure is different from Sesame Street episodes of the period, in that the special is primarily two narrative stories that run throughout the episode, with occasional interstitial songs and skits. One story is a re-telling of O. Henry's "The Gift of the Magi", with Bert and Ernie selling off their most prized possessions to Mr,. Hooper to buy gifts for each other - gifts which complement the other's most prized possession. But the main story has Big Bird enlisting the children and Muppets on the show in understanding how Santa Claus gets into apartment buildings if they don't have a chimney for him to climb down. His search becomes obsessive, and he eventually falls asleep in the driving snow on the rooftop of 123 Sesame Street while waiting and watching for Santa. On the street below, the worried residents of the street search for him, frantically.


What makes the episode so magical, and what makes Jon Stone so important in the development of toddlers and young kids for 25 years is the resolution of the special. In the end, the residents of Sesame Street find Big Bird and confirm that the important part of Christmas is the love we feel for each other. And Mr. Hooper realizes what Bert and Ernie have done for each other, and he gives them back their most prized possessions as Christmas gifts. And when everyone returns to Gordon and Susan's apartment, Santa has arrived and placed presents under the tree. In Jon Stone's world, the lesson that needs to be learned is in the work that we need to do to ensure everyone is loved. The magic? That's just a given. Throughout the special, Stone placed musical numbers all centered around those two themes: "care for each other" (in the spirit of Christmas), and "miracles always happen". It seemed to be his message, and in no way are the two messages mutually exclusive. Magic and mystery are granted to everyone, even Oscar the Grouch, who kicks the entire drama off by teasing Big Bird. But everyone also learns the intrinsic value of caring for others.


When Christmas Eve on Sesame Street first aired on December 3, 1978, I was "too old" for Sesame Street. But my mother knew how much I loved The Muppets and how much I had loved Sesame Street, and she told me about it. Of course, I watched. And instantly fell back into step with the characters I knew and loved. But more than anything, I understood the message. Jon Stone may have been effective at teaching kids to count and learn basic Spanish words and organize items and understand adverbs. But what he truly excelled at was making us understand how important the everyday world is. And how important it is to share that with everyone around us. And that, if we pay attention, we start to see just how much magic there is in the world. 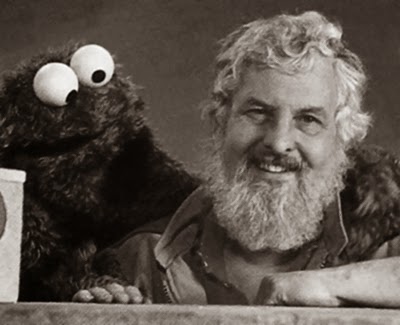