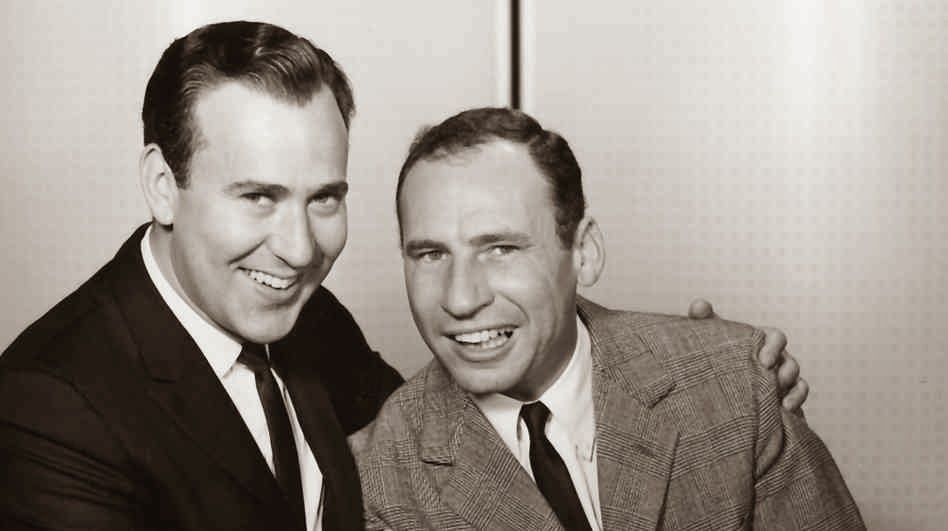 One of the most striking things about being co-dependent is that the idea of "teamwork" goes completely out the window. Not that you disagree with the idea of teamwork, or that co-dependents ever think for a second that they're not part of a team. It's that the nature of co-dependency is to sublimate all of your own needs to the point that they no longer exist. So the actions of a co-dependent person seem - on the outside - to be very team-focused; there is an inordinate amount of self-sacrifice in co-dependence. However, when self-sacrifice is constant and all-encompassing enough to be habitual, then it's no longer sacrifice. In short order, the concept of "team" breaks down because one member isn't taking part; they're simply handing their part off to other people immediately. It may look like hard work, and it is definitely a high volume of action, but it's not teamwork. It's a member of the team facing a challenge and instantly leaning on another member to finalize a strategy and move the team forward. It's the opposite of teamwork, even though it makes the team feel better. And it's a difficult scenario to break free from, as years of abdicating responsibility for decision-making and the goals of the team will eventually atrophy those skills. Eventually, the simplest of decisions seem difficult and fraught with danger until finally, you're not a part of the team at all, even though you're there and taking action every day. All you become is an extension of the other teammates, and an unnecessary extension at that. Because everyone on the team can already do their part. Teams are a collection of parts whose sum is greater than its individual parts, and co-dependence doesn't allow for that. Waking up to realize that not only have you not helped the team, but that the team no longer sees value in you is one of the hardest things a co-dependent person will ever face.  Because from the start, co-dependents give up everything for the other members of the team. Yet it's a moment destined to happen, from the first time the co-dependent hands responsibility off to another teammate.

When Carl Reiner was hired as an actor on Sid Caesar's Your Show of Shows in 1950, he walked in his first day and met the writers. One of the writers he met the first day was a tough-sounding writer who only spoke Russian. As "the new guy", Reiner silenced himself from voicing any logical concerns about a Russian writing jokes for American television. Work continued for Reiner's first week. Early in the second week, the writer came into the room and began speaking to Reiner in perfect English. The writer was Mel Brooks, who spoke no Russian, but was able to create such a believable fake-Russian that Reiner believed the entire story. The two became instant, lifelong friends. Your Show of Shows ran four more years, and Reiner and Brooks continued to try to work together as often as possible. Meanwhile, the two would socialize together daily. Their families would throw cocktail parties. Reiner bought a reel-to-reel tape recorder, and one of the favorite parts of a Reiner/Brooks party was when Carl would start the recorder and then "interview" Brooks. The interviews were always total improv: no pre-selected topic or format. At one party, Reiner would be the Nobel Prize selection committee interviewing Brooks as a Chinese scientist. In another, he was a newspaperman interviewing a wrestler. Brooks would be thrown a premise immediately, and have to react: a cowboy, a fisherman, the President, whatever. Parties eventually became mostly performances for the duo; the guests would arrive, pleasantries would be exchanged, and the recorder would get flipped on. 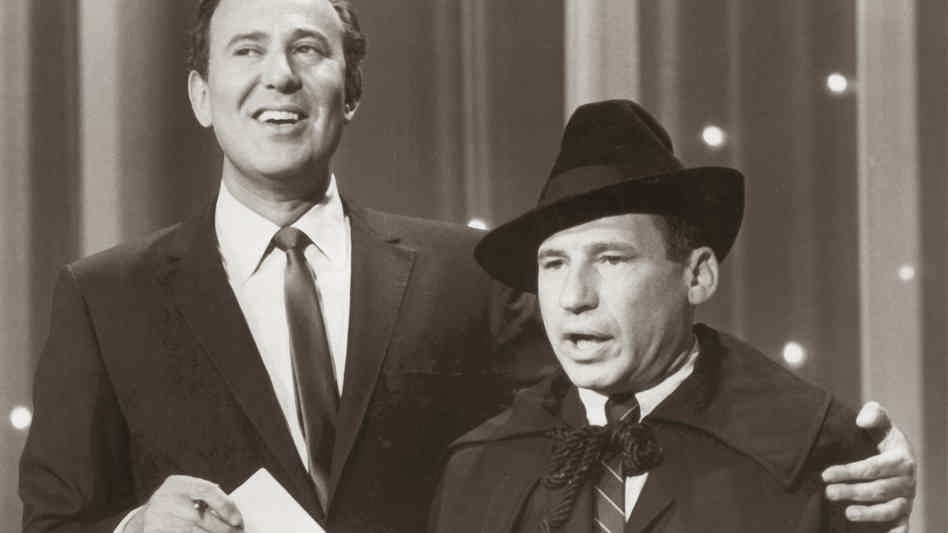 At one party in 1960, Mel Brooks was recovering from gout surgery on his foot. The gout and the recovery made it nearly impossible to walk, but Brooks attended the party, regardless. As he made his way into Reiner's house, he said he was walking "like a 2000-year old man". Reiner flashed on the idea, and when the recorder turned on, he interviewed The 2000-Year Old Man. The bit became such a favorite, people would request more interviews at subsequent parties. By 1960, Reiner and Brooks decided to create a comedy duo and take the bit onto the talk show circuit, where it was a big hit. World Pacific Records released an album with the bits in 1961. There was no studio time, no planning involved. Reiner simply handed over reels from the parties and let World Pacific edit them into an album. The album would later spawn an animated television special, and the bit would go on to become "the comedian's Bible", as Billy Crystal would refer to it. 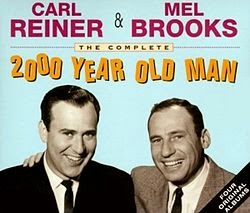 At the time of its release, improv was gaining a foothold in American comedy. The Compass Players and Second City were already well-known in the Midwest and key players had begun to move to New York to expand their craft onto television. But of all the great comedy groups, Brooks and Reiner were the first true "team". When we think of legendary comedy troupes, we generally find ourselves fixated on a member or two. John Belushi could stand on stage with a half-dozen future comedy legends, but he could still steal the energy from the room. So could Chris Farley. Or Jim Carrey. Teamwork is amazing when the team has an absolute stand-out performer who still acts as a part of the team. (Anyone who bore witness to the rise of Michael Jordan and the Chicago Bulls of the 1990s can attest to this.) But as stars rise, teamwork becomes more and more difficult to manage. Yet Reiner and Brooks never lost sight of how to play as a team. 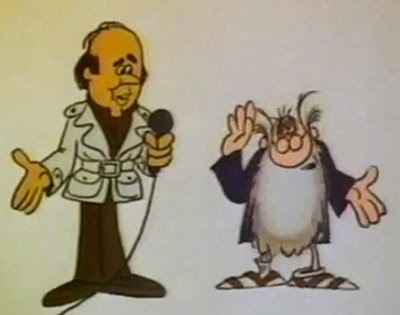 It was not even defined by roles. Certainly, Reiner was "the straight man", but listening to The 2000 Year Old Man shows Reiner as the ultimate set-up artist. Not only did he set Brooks up for great punchlines, he knew when to continue prodding him. Like a leader demanding their teammate dig a little deeper, a little harder. Not chastising; Reiner simply knew Brooks could dig a little harder and find true comedy gold. And Brooks always did. Legendary basketball coach John Wooden described "team spirit" as "an eagerness to sacrifice personal interest or glory for the welfare of all". It was one of the key components in his widely-praised Pyramid of Success. And it points to a very fine line in comedy, and in every human relationships - our eagerness to sacrifice. It could have been very easy for either Reiner or Brooks to sacrifice everything. For Reiner to say, "Look. I'm just the straight man. I'll ask basic questions and you bring the comedy." Or for Brooks to say, "I shouldn't get the lion's share of the laughs. Let's figure out a way to give you equal laughs." Like every successful team, Reiner and Brooks eagerly sacrificed their own success for the good of the team - but they never over-sacrificed. Both received punchlines, but more importantly, both made sure they were pushing the other to always be funnier. Always. 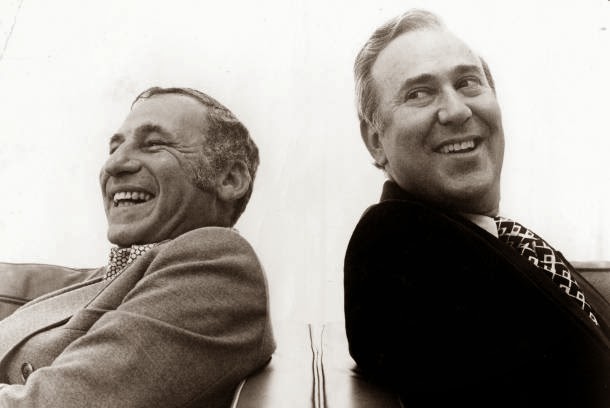 The razor-thin boundary between "eager sacrifice" and co-dependence is where the greatest teams exist. When one more ounce of sacrifice will turn habitual and degrade the power of the one making the sacrifice, and then unravels the concept of team. Co-dependents can see it happen in every team role they play: in marriage, in parenting, at work, in friendships, and even in casual relationships. The irony of the situation is that everyone on our team - our spouses, our friends, our co-workers - is looking for us to land the hilarious punchline when we have one. They're looking for us to slam-dunk the basketball when we have the shot. They're looking for us deliver as a member of the team. Sacrifice is important, as long as we're able to remain a member of the team.