January 14: THE SEX PISTOLS - The Danger of Razing the House Without New Blueprints 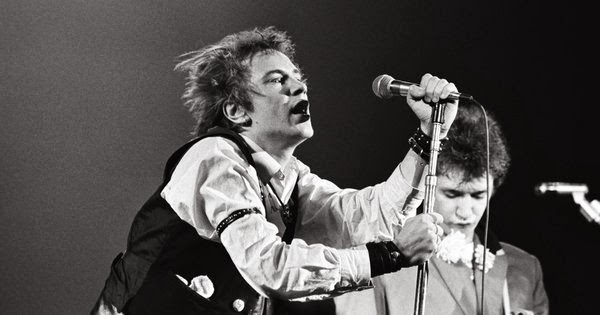 I recently friended an old friend from high school on Facebook. She and I hadn't seen or heard from each other in over 20 years, and it was nice to hear from her again. However, she mentioned that she was still in contact with a lot of people we went to high school with. I could recall a few of the names she mentioned, but most drew a complete blank. I graduated high school in 1988, and like most people, high school was a time of incredible awkwardness. I compensated for feelings of ugliness and awkwardness by aggressively trying to convince people to like me, to the point that I really started hating myself. By my senior year, I started cutting classes to hang out, read books, and drink beer. Once I graduated, I tried not to look back. By the time I hit my mid-20s, I had mostly forgotten high school. Before I moved away from Chicago in 1998, I threw away my high school yearbooks and any memorabilia from high school and never really thought about it again. Twenty-five years later, memories of that time don't appear to be something I will ever get back. I combed through my friend's photos and saw names I know I should remember, but simply cannot; it has been too long, and I have cared too little. That has always been my curse. I become entangled with things so deeply that I lose myself, and when I get to a place where I'm ready to separate, I have no problem separating - cleanly and entirely. This is, for the record, a miserable way to handle life and relationships. It indicates an inability to manage relationships and to determine anything resembling self-direction. It's the result of poor boundaries and a self-worth that only comes out in the panicked moments of fight-or-flight. And perhaps it leaves a legacy, but more than anything, it sadly highlights "what could have been". 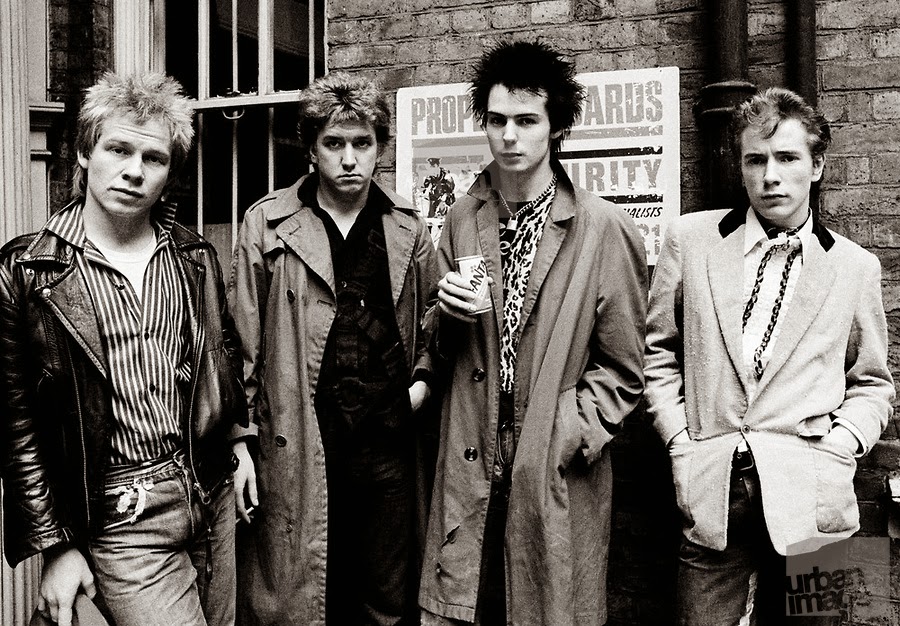 I would argue that few bands in rock history exemplify this cycle better than The Sex Pistols. Born in a trendy fetish clothing shop, comprised of dropouts with no formal musical training, from the start the intent was to create a spectacle. Certainly, the spectacle was designed to derail the pompous or overblown musical acts of the day: Emerson, Lake & Palmer, Pink Floyd, Yes, The Allman Brothers. The voice of the Sex Pistols was the voice of every disenfranchised young person in the UK at the time. On the verge of the Queen's Silver Jubilee, unemployment was high, economic disparity was rampant, garbage strikes filled the streets of London with garbage. Anger and class divisions were running high in the United Kingdom, and that strife created a perfect environment for self-reinvention. The Sex Pistols were the first shot fired in that movement. Releasing the vitriolic "God Save The Queen" on the eve of the Silver Jubilee, they voiced an affront to the monarchy - loyal subjects of the Queen spit venom in her face as she entered her 25th year on the throne. Unlike earlier punk influences in New York who remained relegated to a small-but-influential corner of the music scene, The Sex Pistols were instantly politicized. They were an affront to polite society, but also changing the music world. Rock and roll had always been a populist forum, but these "musicians" didn't even seem to know how to play their instruments. (When they replaced original bassist with scenester Sid Vicious, they fully made the commitment to "attitude over ability".)

It had only taken The Sex Pistols a year to get signed to a major label. Within three months, the major label dropped them after witnessing their loutish public behavior. The music business had no idea what to do with a band like The Sex Pistols, which heralded a major shift in the world of rock & roll. Rock had always broken down barriers, specifically societal barriers, but this was different. Reactions to The Sex Pistols was so strong, the increase in violence against punk rockers exploded. Each member of The Sex Pistols was violently attacked at different times. Television appearances went sideways. Public appearances ended in destruction and arrests. If rock & roll could be credited for breaking down racial and gender barriers, The Sex Pistols were providing a voice to the voiceless poor and disaffected youth. And they eloquently articulated every bit of disaffection felt by youth. What The Sex Pistols lacked was direction. They provided a soundtrack to the anger felt by a generation, but they offered no solution. It was merely anger, intensified and validated. And while there is a place for that in society, it's a powder keg when left around for too long.

And so, just two years after being formed The Sex Pistols scheduled their first tour in America. Ever the showman, their manager and creator Malcolm McClaren avoided the logical punk enclaves in America: New York and Los Angeles. Instead, he booked the tour to run primarily through smaller Southern markets. Places where The Sex Pistols would be so out-of-character amongst the locals that it was guaranteed to make press. In the American south, the mere presence of The Sex Pistols was an affront to southern hospitality and decorum. But it was also, as the lyrics to the Iggy Pop song they performed so often said, "No Fun". Bassist Sid Vicious's heroin addiction had grown out of control, and despite the presence of 24/7 bodyguards, he would regularly escape and get high. His bass playing was never competent, but now the sound men were instructed to keep the bass unplugged. Singer Johnny Rotten's health was compromised by a terrible flu, and a constant sinus infection kept him angrier and more miserable than usual. Drummer Paul Cook and guitarist Steve Jones had isolated themselves from the band and management. Someone had picked up crabs from a groupie and gave it to the entire tour bus. As they traveled the South by dilapidated, lice-infested bus, McLaren flew ahead and gave interviews and played the star. On the ninth day of the tour, The Sex Pistols played their seventh show at the Winterland Ballroom in San Francisco. From the start, the show was the final disintegration in an already-dissolving effort. After playing a short set, Rotten addressed the crowd and announced a single-song encore. The song they played? Iggy's "No Fun". Video of Rotten singing shows a man totally lacking in menace or confrontation; it's a man who simply is having... no fun. After the song, Rotten addressed the crowd with his standard show-opener - "Ever get the feeling you're being cheated?" - dropped his microphone, and The Sex Pistols were no more. 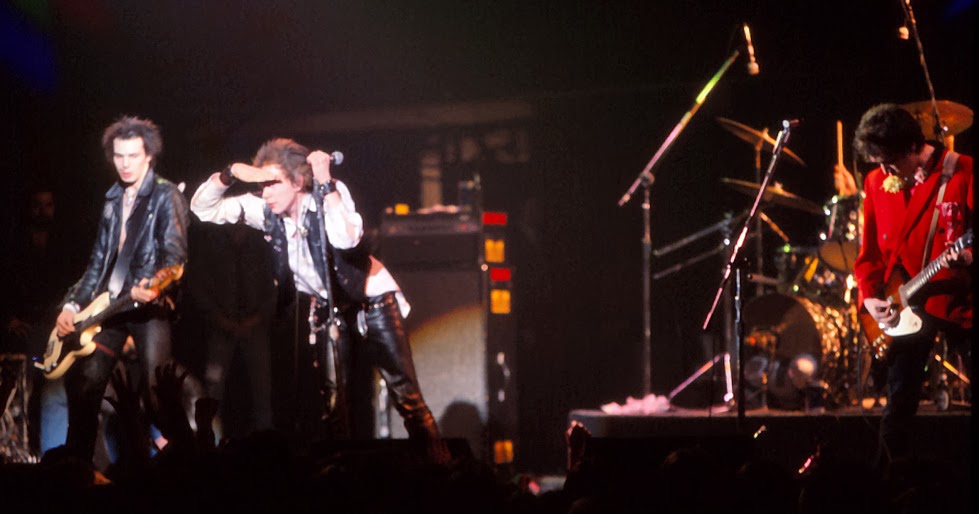 Knowing what you want is easy. Knowing what to with it is difficult. If The Sex Pistols were guilty of anything, they were only guilty of the gullibility of youth. They were teens who knew what they wanted; they wanted to spit in the face of the monarchy and the wealthy elite and any power structure that kept them down. But breaking down a wall is only useful if you create a new structure beyond it. The Sex Pistols tore down a wall and then stood there dumbly. There had been no thought of what to do once the wall was down. Like my high school experience, The Sex Pistols sought validation but had no plans for what to do with it. The result was a hollow victory. Fortunately, later punk bands learned followed in their footsteps with a plan for action, but The Sex Pistols had no such plan and were left with "No Fun". Any time we aggressively chase an end result, it's important to have a plan beyond our goal. It requires an awareness of self, and a knowledge of our goals, and - underneath it all - a belief that we can continue living out our desires. Without that belief, and without that plan, things dissolve. Even when the goal is important. Even when the person making the change is making an important change. Acceptance for the sake of acceptance is futile. Change for the sake of change is futile. And truly no fun.