January 19: ROBERT E. LEE – The Focus that Keeps Us from Breaking 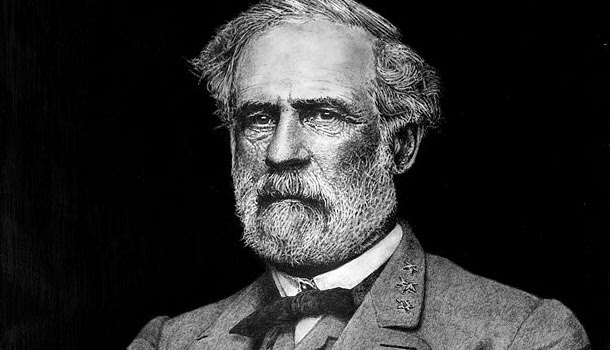 Marc Maron was one of my favorite comedians since the late ‘80s, but huge success had – for a long time – eluded him. Maron spent years moving around the comedy and media landscape, always brilliant but remaining around the margins of celebrity. It was only after Maron launched the popular WTF podcast that he found real fame. The podcast led to an eponymously-titled sitcom, television and movie roles, extended stand-up specials, and a tidal wave of media interest. Maron summed up the situation with a typically mordant observation: “It takes ten years of hard work to create an overnight success. Unfortunately, that’s the exact same amount of time it takes to create a bitter, broken failure.” Maron is smart enough to recognize that his efforts have paid off, but that there are thousands of people plugging away at a dream who never achieve it. It’s the paradox of anyone chasing a dream – failure is only defined once we have quit. Prior to that, we're still chasing the dream. To Maron’s point, there are people who will chase the dream for years and years before they finally give up, bitter and broken. Because talent isn’t a guarantee. Neither is genius. Sometimes, even success isn’t a guarantee; many people have pushed for a dream only to realize that it was the wrong dream. We go to the wrong school, we pick the wrong career, we love the wrong person… and we only know how wrong it was after we’ve met the goals we set for ourselves but happiness or satisfaction has eluded us. It’s the nightmare of dreamers, and if one person lived that nightmare, in my opinion, it was Confederate General Robert E. Lee. 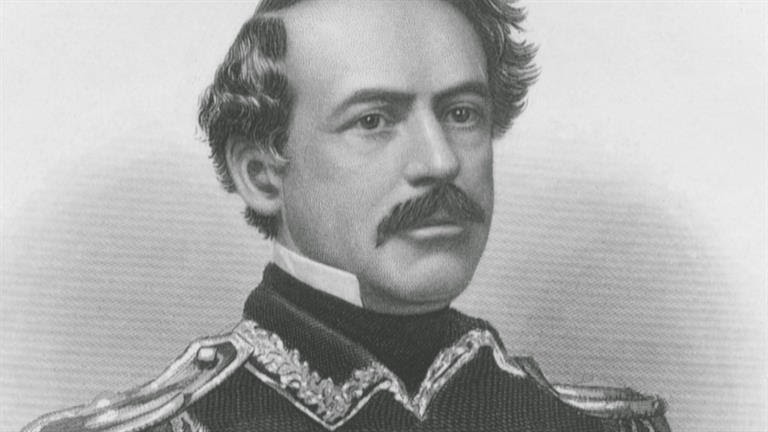 Robert E. Lee grew up in Alexandria, VA, across the Potomac from Washington, DC. His father was Major General Henry “Light Horse Harry” Lee, who had served under Washington in the Continental Army and was later Governor of Virginia and then a Representative to Virginia’s 9th district in Congress. He had been a delegate to the Constitutional Congress and helped ratify the Constitution. The elder Lee was instrumental in helping get the nation on firm political footing before the birth of his fifth child, Robert. When Robert was 5, his father was badly injured protecting a newspaper editor friend from an angry mob. Henry sailed for the West Indies to recuperate, and would never return to his family. He would die seven years later. When Robert E. Lee was 17, an uncle wrote to the Secretary of War, John C. Calhoun, and asked Calhoun to provide Robert a commission to attend West Point. Given Lee’s political and military background, Calhoun wrote a recommendation and Lee joined the West Point class of 1829. Lee earned high marks in his studies – primarily engineering – and upon graduation, spent the early part of his military career in engineering roles for the military, primarily building military forts. Lee would eventually be pressed into wartime duties during the Mexican-American War, where he would work with Ulysses S. Grant and distinguish himself by using his engineering skills to locate alternate, unexpected routes of attack that the enemy considered impassable. Lee gained a reputation as a brilliant strategist and an aggressive tactician. 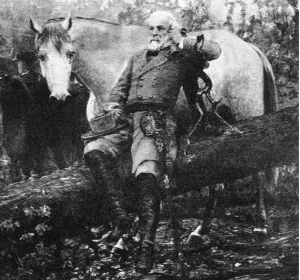 Lee was 54 when the first seven Southern states seceded from the Union. Lincoln quickly called for a military intervention to put down the rebellion by force. When Union leaders gathered in Washington to select a Major General to command the Union forces, Lee was their unanimous choice. Not only was his military career spotless, but his close ties (historically and geographically) to Washington and the founding of the developing nation made him the perfect candidate. Plus, Lee had openly described the secession as “rebellion” and anarchy, and found it traitorous to the efforts of the founding fathers (as well as his own father). While Lee did not openly object to slavery, he acknowledged the moral evil of it, and his beliefs about not granting freed slaves the right to vote was based in a fear of political demagoguery that would be unleashed upon an illiterate and poorly-informed population, which Lee felt would ruin the democratic system. Similarly, he believed in education for freedmen and slaves alike. Just as George Washington – another Major General from Virginia – had led the troops and united a nation, Lee was the obvious choice to follow in his footsteps. It then came as a huge surprise when Lee declined the commission, saying “how could I draw my sword upon Virginia, my native state?” Soon after, he resigned from the U.S. Army and took command of the Virginia army for the Confederacy. 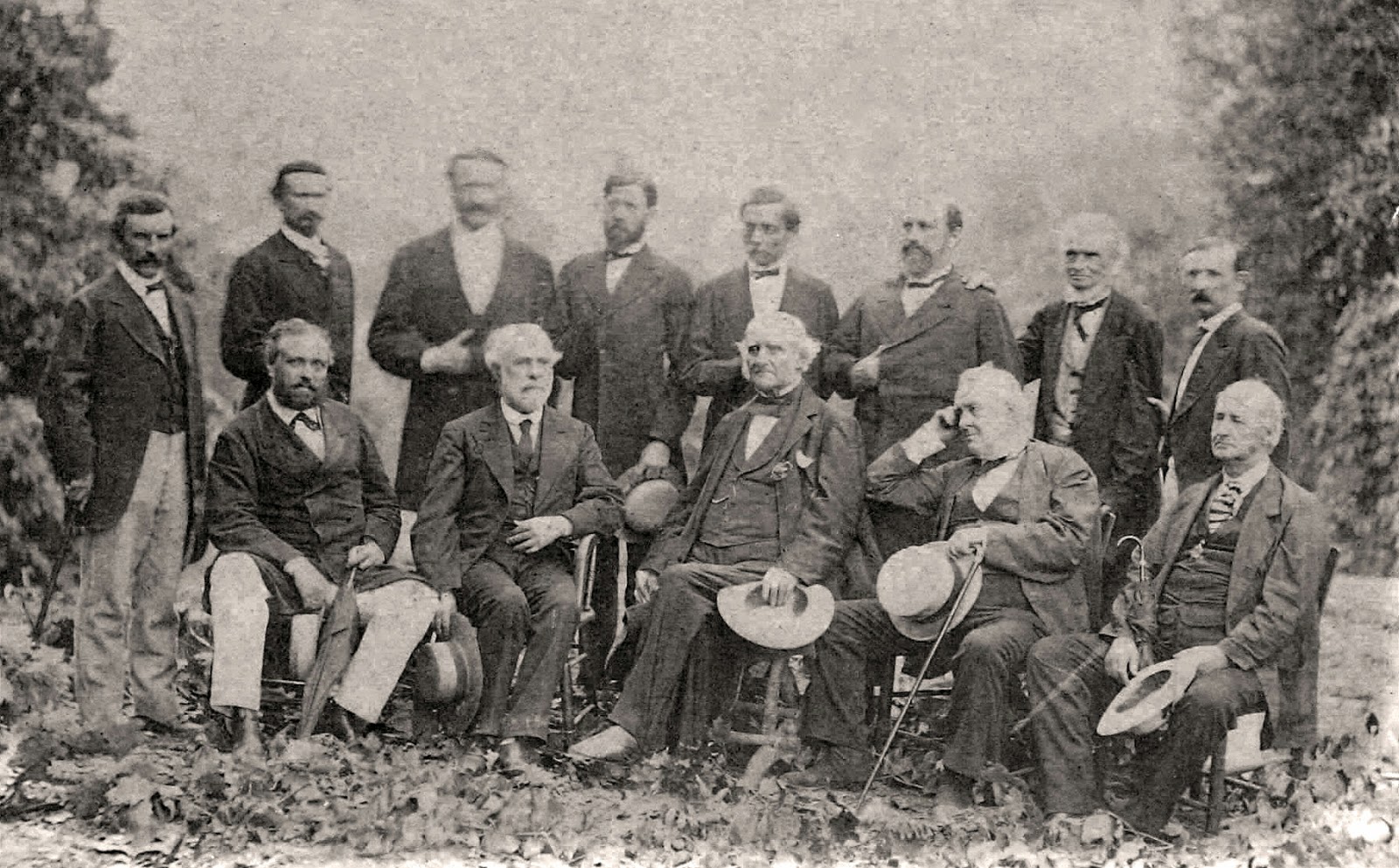 Historians have written much about Lee’s strengths and weaknesses as a General in the Confederate Army, and later as the Commander of the Confederate forces. As a tactician, Lee’s engineering studies were of benefit as he used numerous outdated flanking techniques in new ways to achieve success in battle. But his overall aggressiveness could either be a huge strategic advantage or a massive disadvantage. Eventually, aggressive charges into the north caused too many casualties (at a time when Confederate forces were heavily outnumbered) and an aggressive Union offensive sent Lee into a defensive strategy, hoping to protect Richmond from capture. By 1865, with an army decimated by casualties and dwindling rapidly from deserters who had lost their will to fight, Lee surrendered to Ulysses S. Grant at Appomattox Court House. One of the debates that is ongoing to this day questions why such a talented strategist would have chosen to lead a losing charge. Why would a patriot choose the side of rebellion? Why would someone who saw the evil in slavery willingly choose to defend it? And why would someone who had been selected to lead in such a prominent position (after all, Grant would eventually lead the US Army and would be elected into the White House based on that reputation) decline the opportunity. The answer is so simple, it perplexes contemporary historians: he did it for Virginia. More specifically, Lee wasn’t tossed around by all the complexities of the argument; he was merely a man wholly dedicated to his home state. As such, his lot was easy to cast and his dreams and goals for the future were all about Virginia and the individual states’ rights of its citizens; damn the contradictions. Today, we have the right to dismiss Robert E. Lee as a monster who fought to preserve slavery, but to do so is to miss an important lesson. 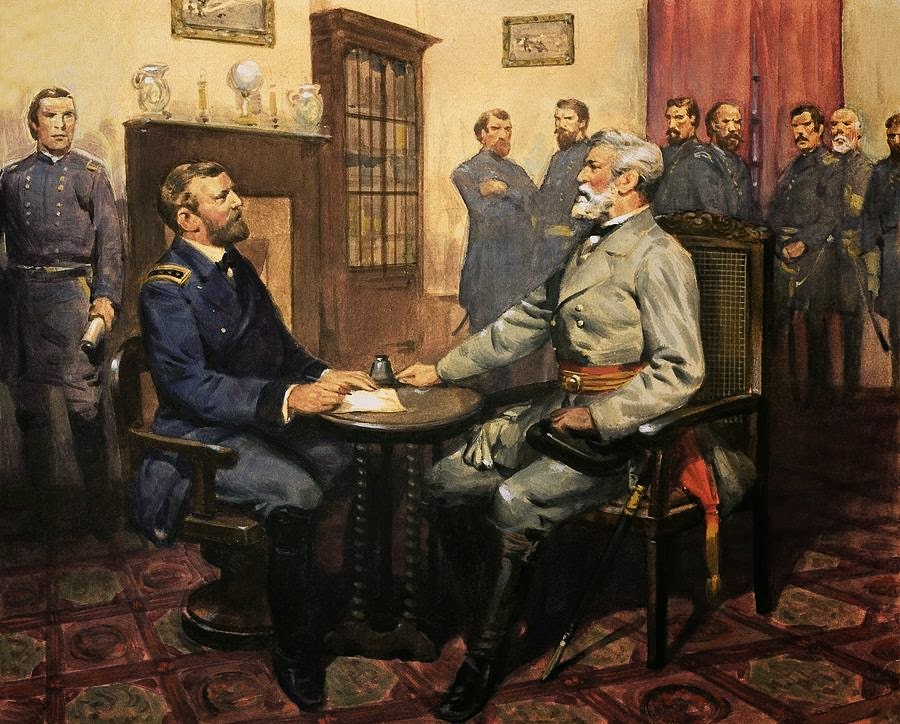 For four years, Robert E. Lee stood on principle and fought to allow the state of Virginia (as well as the rest of the Confederacy) to exercise their states’ rights. And he fought with purpose and total determination. Lee assumed that once the war ended, the Confederate states and the Union could reach the necessary compromises so both could survive with their own best interests in mind. Despite being outnumbered and under-resourced, Lee kept the Confederate Army going. When he finally surrendered, Lee’s military career was also over; a day later, he issued his farewell address to the Confederate army. He would end his storied career as a failure, much of his personal property would be taken, and he would be one of the last Confederates exempted from the right to vote after the war, despite his open support for abolition and almost all of President Johnson’s Reconstruction plan. Lee accepted all of these punishments as fair and never complained, publicly or privately. Politically, he was a walking contradiction: a moral man fighting to defend something he considered evil. But as a dreamer - as a person chasing a goal – Lee possessed a strategy worth considering. Despite leading an enormous Army against another enormous Army for political control of an entire nation, Lee’s dream was fairly succinct. He would fight because a war was going on, and he would not draw his sword upon his home state. That’s it. That the free nation – including Virginia - might do evil things was unimportant to him. Evil can be evolved beyond. That the free nation might make mistakes was irrelevant to him. Mistakes can be corrected. Lee was not out to change the world (“I will keep the entire Confederacy free, help abolish slavery, provide education for all children, establish the vote for all free men…”, etc.). He would not raise his sword upon Virginia. Five years after the Civil War ended, Lee died of a stroke. But he didn’t die a bitter, broken failure, mostly because he had achieved his goal – despite the massive contradictions and failures surrounding it. When our dreams become broad, or ill-defined, or overly complex, it’s easy to become bitter and broken. Despite massive success, Marc Maron still wrestles with whether or not he’s “made it”, because he never really defined “success” (certainly not to the level Lee did). We set broad goals and we move in a general direction, but we never allow ourselves the possibility of completion. We want “a better job” or we want “a better life” or “good relationships with everyone”, but never have an idea of what that looks like. We chase and chase, and eventually give up because things still feel incomplete or incorrect, always feeling like we’re short of the goal line. Lee’s goal was far from perfect, and it landed him squarely on the wrong side of American history. But in the midst of that, Lee accomplished what many of us never do; he identified a goal, met the goal, and then owned its success. And by doing so, he was able to bear the consequences for his actions with compassion and dignity.

Robert E. Lee is a difficult man to defend, and even more difficult to hold up as an object deserving gratitude. But the one element of Lee worth noting is the same element that makes my gratitude irrelevant. Lee achieved his greatest dream; anything outside of that is secondary.