January 25: ETTA JAMES - Too Personal to be Defined 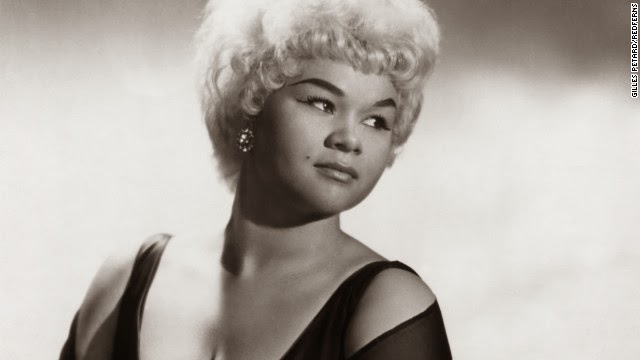 I first discovered the music of Etta James when I was working on a small radio station in Chicago in the mid-90s. I had played "I'd Rather Go Blind" from a Chess R&B collection, and it was one of the great moments in life when an artist's work hits you so strongly, you not only sit up and take notice, but you also realize you'll never forget the moment. A few months later, I was at The Green Mill, a legendary jazz club on Chicago's north side and the singer for the evening had a great voice. In between sets, she ended up sitting next to me at the bar, and I thought to suggest an Etta James song for her set list. This was before Christina Aguilera, and before every R&B singer on American Idol used "At Last" for their audition piece, so she'd never heard of Etta James.

"Who does she sound like?" she asked me. And I was stumped. Because while Etta James' voice was instantly recognizable, describing it is something I've never been able to do. 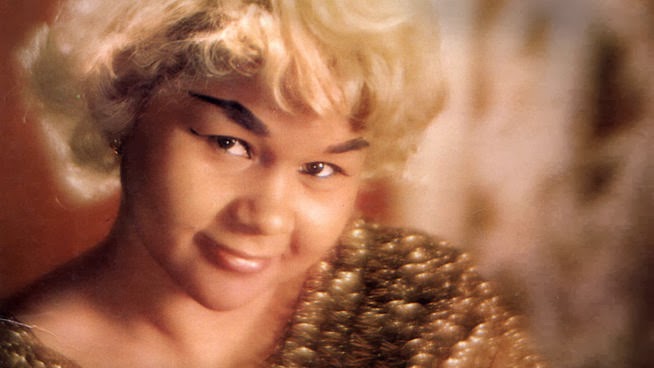 From the beginning of her career, Etta James was a mess of contradictions. She was recording at age 15 with the grit and power of any of the big-mama blues queens, yet she presented herself with a seductive, jailbait girlishness. She turned the bland, generic R&B songs passed off on the unwitting teenager into bona fide hits; hits so raw and powerful that they were re-recorded by white artists who deflated them of every bit of sexual power Etta had breathed into them. She was a biracial artist too dark to pass for white and too light-skinned to pass She sang of a hard-scrabble upbringing in the boondocks, yet she was raised in Los Angeles. She was the daughter of a party girl, raised by a prostitute aunt and a solid, working-man uncle. She was taught to sing by a gay choirmaster at a prominent Baptist church, and then eschewed gospel music (unless there was a large enough payday). Etta James was a bad girl and tough woman, and yet her life was a string of music-industry grifters and abusers who used her, beat her, kept her strung out, and left her. All of these details would be salacious and unnecessary with a lot of artists, but with Etta James, they're necessary to the underpinning question: how do you describe someone so contradictory? 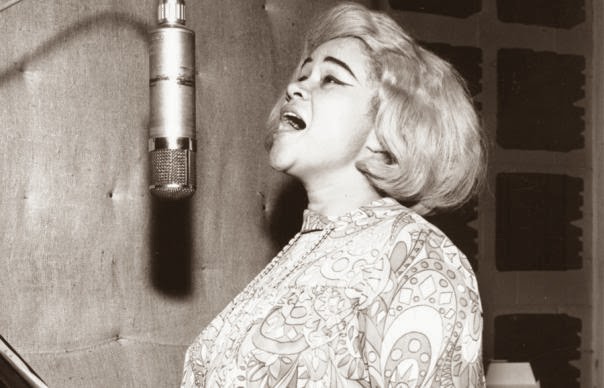 When Etta began recording for Chess Records, owner Leonard Chess assigned her jazz standards to sing: "At Last", "Stormy Weather", "These Foolish Things". These were hits from Tin Pan Alley and The Great American Songbook, not the thoughts of a girl who at seventeen had penned the lines "You ain't got nothing in your pockets to keep me alive / But I got something for all you men to make you cry / And holler, "Oh oh oh oh woah!" / I'm a w-o-m-a-n, a woman, a woman". So instead of singing them the way they were written, Etta brought herself into the song. The songs retained their original emotion, but Etta made them tougher, stronger. Yes, she was glad to have found someone at last, but she said it in weary tones. The drunk at the bar who found someone days before they completely fell apart. and yet, the songs were immature, as well. Yes, she was glad to have found someone at last, but without a sense that she worked all that hard at it. The songs were contradictory because Etta was contradictory. But the songs were all Etta. 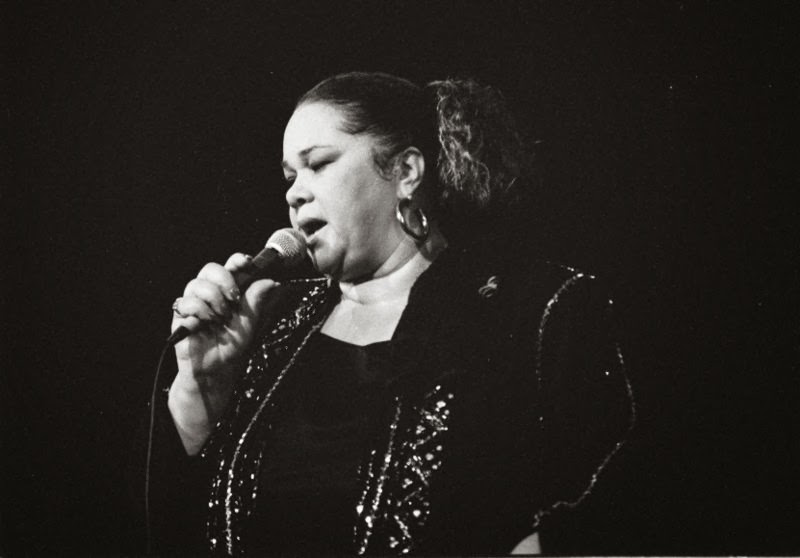 In an interview later in life, Etta summed up her philosophy on singing. She told the reporter, "You can't fake this music. You might be a great singer or a great musician but, in the end, that's got nothing to do with it. It's how you connect to the songs and to the history behind them." Given these guidelines, it's simple for some singers to fit the molds of their music. Most people lead simple lives. They experience joy, they experience heartache, they seek pleasure, they avoid pain. Lives like that are easy to integrate into songs written to evoke simple emotions. But Etta James was a complex woman. So complex, her career bounced from label to label, from genre to genre, from style to style. She influenced dozens of R&B artists, though nobody would ever label her as an R&B singer. She influenced blues singers, though nobody would ever limit her to the simple label of "blues woman". She influenced jazz singers and pop singers and rock singers through a career that was mostly hit-and-miss because it was so difficult to define her. 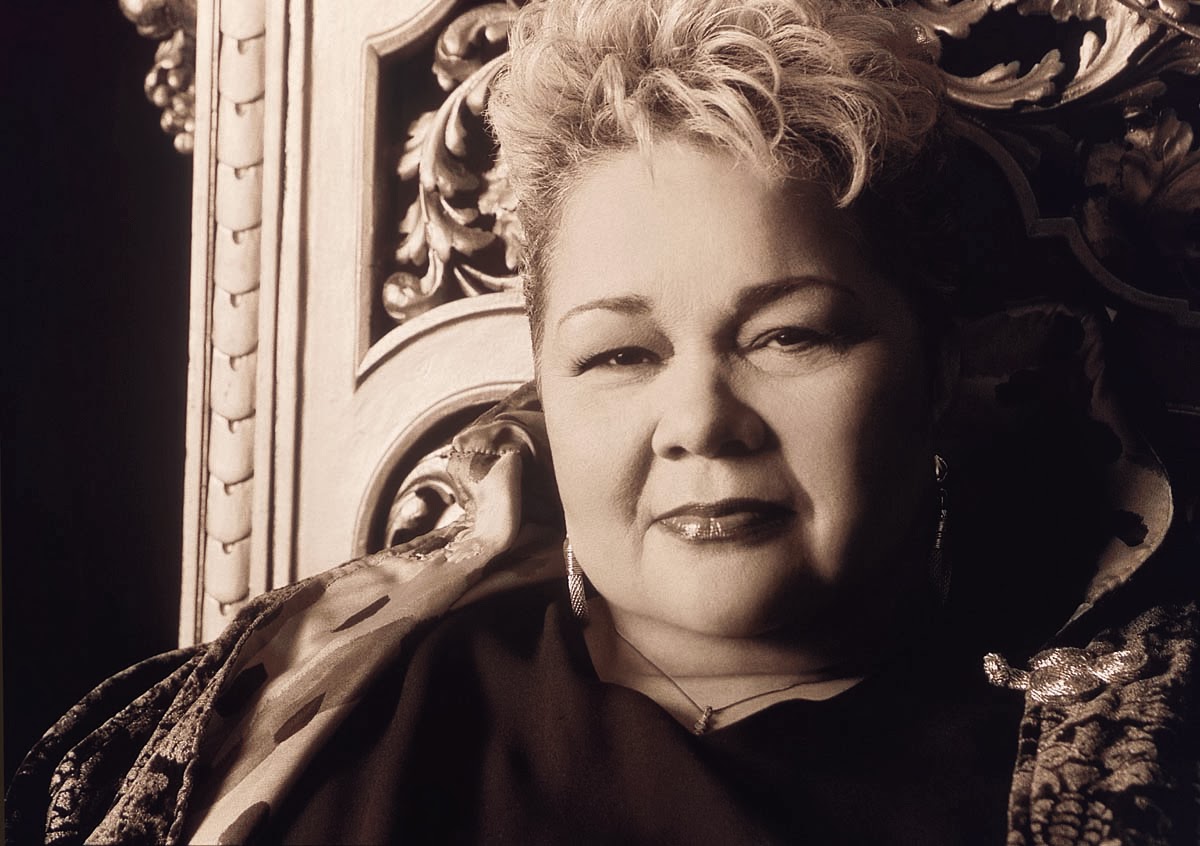 Because like all great artists, Etta James never started with the end in mind. She never declared herself a blues singer, and so producers and A&R men from other genres felt free to approach her. And she tried on styles and shed them as quickly as she wanted, because no matter what was put before her to sing, it would all be the same to her. Every song she sang was going to be Etta James.

"Who does she sound like?" the singer at the Green Mill asked me. And I was stumped. But I shouldn't have been. The answer was simple. She sounds like Etta James. Only Etta James.

If only all of us with artistic aspirations could be as lucky.