January 28: JACKSON POLLOCK - The Edges of What We Can Stand 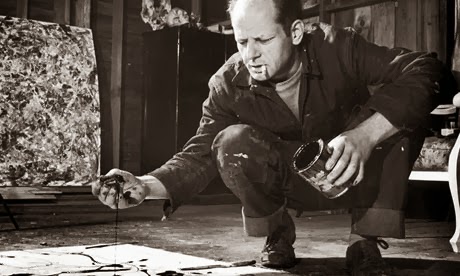 My wife and I were browsing Amazon Prime for a movie to watch last night. One of the recommended movies was Lars Von Trier's Dogville, which she had seen but I had not. I am a fan of Von Trier's films, but haven't had the time to sit and really pay attention to a film in a long time, and Von Trier's films truly deserve undivided attention. In describing the film, she said, "It's so difficult to watch. It's heartbreaking... devastating. [long pause] It will probably become one of your favorite films." She knows my taste. Of my five all-time favorite films - Citizen Kane, Midnight Cowboy, Chinatown, Raging Bull, and Fargo - there's not a "feel good" movie in the bunch. I tend towards blues music and introspective songwriters like Mark Eitzel. Raymond Carver is one of my favorite writers. This is not to say I prefer depressing things, but I'm regularly impressed by artists who can get us to engage with the saddest or most depressing things in a constructive way. Emotions like sadness and despair are easy tools with which to manipulate people; commercials use this tactic all the time. However, if an artist can engage their audience with these emotions on a direct level without manipulation, it feels amazing to me. Asking people to go where they don't want to go is difficult enough; creating a world compelling enough to convince people to spend time looking at - and contemplating - the things they'd rather avoid is a gift. Jackson Pollock was one of those artists. 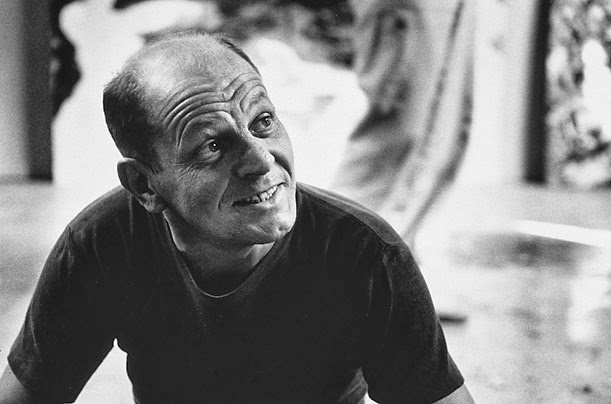 Knowing that Jackson Pollock was an abstract expressionist is common, and the roots of abstract expressionism have been well-documented. The question for many people when it comes to abstract expressionism is "why?" With no easily-defined narrative, what is the point abstract expressionists are trying to make? What are they trying to evoke? One of the reasons people look at abstract expressionism and say "Well, I could have done that is because it's so difficult to pin down what the artist's intent was. Freed of an artist's clear (or obvious) intent, we're free to assume any interpretation is correct, and therefore any creation is of equal artistic merit. But clearly that's not the case, as Pollock's paintings sell for tens of millions of dollars while my children's school projects do not. Clearly, Pollock was expressing something and created his paintings with a specific intent. It took a physicist with a deep knowledge of fractals to uncover it. 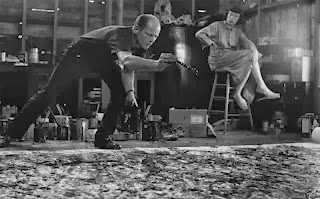 Physicist Richard Taylor was the first person to consider how Jackson Pollock's drip technique followed a very specific fractal pattern. Fractal theory is the idea that systems which appear chaotic and random are - when examined very closely - actually a single pattern repeated over and over in very complex, decreasing magnifications. Fractal geometry is found nearly everywhere in nature; we just don't realize it. Ocean shores, trees, lightning - all fractal patterns. Mathematicians actually quantify these patterns on a scale numbered from 0 to 3 - the most chaotic fractals are ranked a 3. Obvious, non-chaotic fractals are ranked 0. Studies have shown that humans prefer images and areas of nature with lower fractals. Taylor took a number of scans of Pollock paintings throughout his career and broke them into smaller sections, and then analyzed their fractal patterns. Early Pollock drip paintings had a surprisingly low fractal number - around 1.4, which is the same number as the ocean tide as it rolls in and out. Early Pollock paintings would be viewed with a similar calmed reaction of gentle, repetitive motion. As Pollock's career progressed, the drip paintings became increasingly more complex, and the fractal numbers rose. The final paintings he did before his death at age 44 were the highest fractal numbers of his career. Pollock, it seems, was testing the audience's limit to see what they could stand. Testing the audience to see what they could still call "aesthetically pleasing", and what would eventually just appear to be pointless, chaotic rubble. 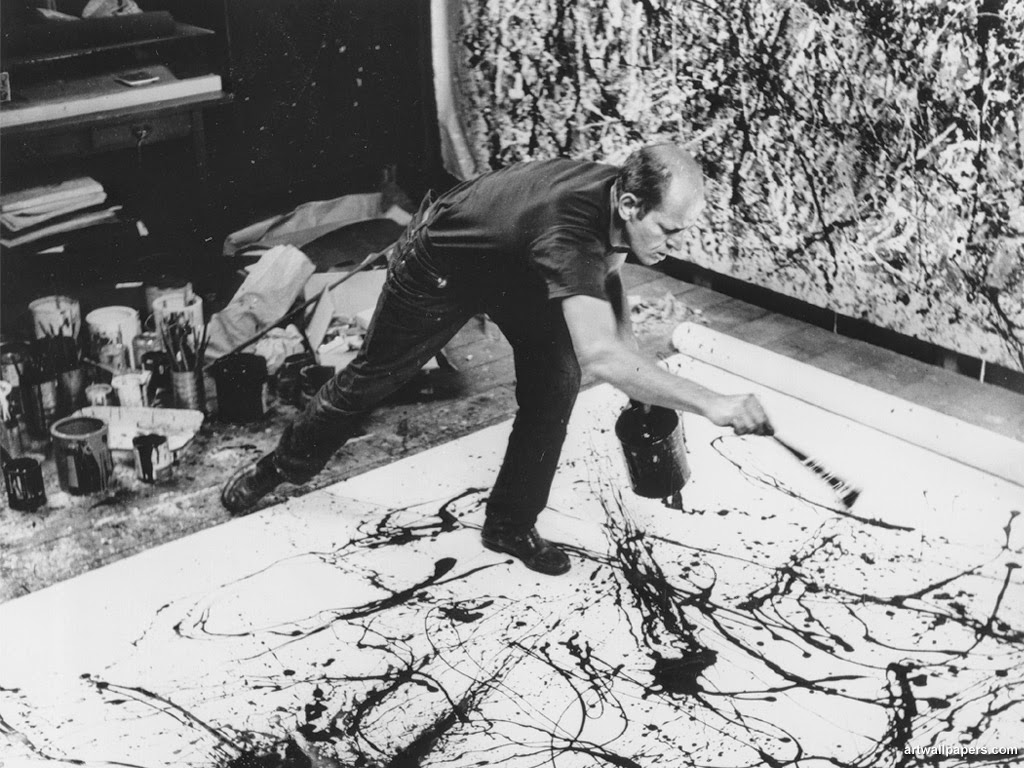 If there's a "why?" behind Pollock's purpose as an abstract expressionist, it appears to lie in his search for the outer bounds of what people could find aesthetically pleasing. Or maybe he was looking to expand those horizons.Either way, the intent of his art was a search to take people to a place nearing discomfort and to keep them there. Like walking people into a dark thicket of forest with branches reaching each and every way (a situation with a fractal number closer to 3) and then leaving us there. On its own, it sounds cruel and senseless, but what might we learn there? What might we learn about ourselves in those situations? What would we face once left on our own? It's possible that we might just walk away, return home, and learn nothing. But faced with the things that make us most uncomfortable, we're given the opportunity to learn and to expand our horizons. Artists whose goal is to make us uncomfortable are not necessarily our adversaries. In many cases, they're pushing us to face the things we dislike or avoid. Even is we don't understand the art, even if we don't understand why they're pushing us, they're always there. Always pushing.