The news today carried the story about lawmakers pressing the owners of the Washington Redskins football team to change the team name. The reaction from certain segments of America was, not surprisingly, hostile and frustrated. Facebook posts and blog posts and radio interviews and email lists were choked with critics of "political correctness run amok". Most of them cited Native American friends who were "not the least bit interested" in this issue, and who didn't find the team name offensive. Most of them cited "real issues" that needed to be dealt with. (Not surprisingly, the "real issues" were generally worded with a seriously racist word-code like "inner city youths" and "welfare queens" and "Muslim terrorists". Most egregiously, the talking points all seemed to have a plan for "what Native Americans really need", which was usually alcohol treatment. All of the commentary pre-supposed a deep knowledge of Native Americans and their behaviors and beliefs and biases. The real problem with ignorance is that it's always covered by such a healthy layer of certainty. The problem with arguments like these are that they presume racism is an action, not a system. That racism can simply be avoided with a careful set of behaviors and beliefs. But the systems we live in were built on an unequal foundation, one that was racist and sexist and classist. And while our actions may not be overtly racist, we still owe a certain willingness to be aware of the system in which we live. Part of that awareness is to see beyond the narrative we've been shown. To recognize that our perception of say, Native Americans is likely incomplete if it is only through mainstream media, school text books, and a friend or two with Native American ancestry. If we're basing our truth and our opinions on the narratives we've seen, it would only be fair and objective to see as many of those as possible. And yet, we rarely do. We may see many images of black culture, but repeating the same image with different actors over and over is not a complete picture; it's propaganda. And this was the state of black representation in film when Columbia Pictures gave celebrated student- and independent filmmaker Spike Lee about 6 million dollars to make his first studio film, School Daze. 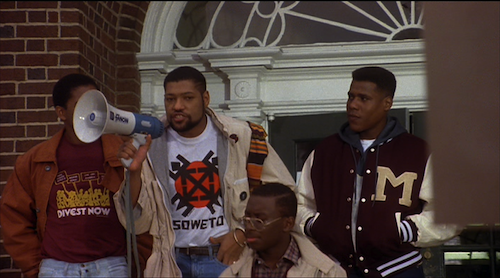 The film medium is similar to so many other elements of society. For years, films were made that were not overtly racist. They did not have an anti-minority slant or a pro-white slant; they simply lacked any evidence of minorities at all. If minorities were cast, it was generally in roles that fit specific stereotypes. It wasn't racist by intention, but by omission. And so when black cinema took off in the 1970s, it was as reactive as it was exciting. Seeing black actors in all the roles in a film was exciting and important, but the films all had a similar theme of kicking against white society. Undoubtedly, this was an important - and brand new - theme, but the blaxploitation films of the 70s never exist outside of white society. School Daze really doesn't seem to care whether it acknowledges white society or not. Given a few million dollars and a major studio thumbs-up, 30-year old Spike Lee made a movie of, by, and for an audience that had been deprived of their story up until that point. 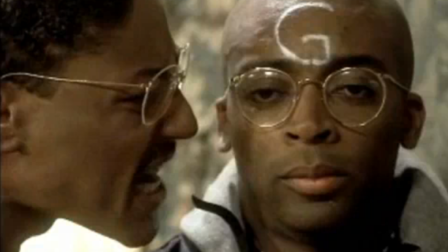 When I first saw School Daze, I loved it first and foremost as a film-lover's film. Spike Lee clearly loved film, and made references to numerous genres throughout the film. It was a drama, then a comedy, then a musical, then back again. It was a love letter to film genres, set in a black college in the South. It was only late in the film that I recognized that it was the first film I could think of set in a black college. And not for any narrative purpose. It was not a film about black students' efforts to struggle against oppression. Mission College was simply a black university with black students, each as varied and unique as any other university. Gifted students were merely gifted students, not gifted black students. Talented students were merely talented students, not talented black students. There were lazy students and funny students and political students and fraternity/sorority students, and none of them defined by the color of their skin. Nothing about the film indicated that the characters were in a constant struggle to fit in with a white power structure. It was an eye-opening theme, given that nearly every black character in film I'd experienced up to that point had been pre-occupied with that struggle. 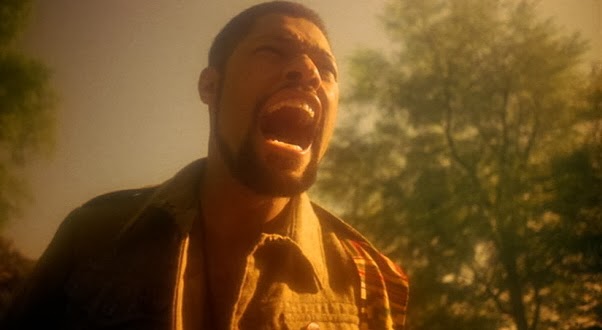 Beyond that, Spike Lee provided an open view into matters not only unseen by film audiences, but unknown to most of them, as well. He told of the biases between light-skinned and dark-skinned blacks. Of the hidden meanings and unspoken narratives around hairstyles. I've since had friends tell me that School Daze wasn't greeted as warmly as many of Spike's other films because it pulled back the blanket on some of the issues of black society that people would rather not have exposed: the pettiness, the infighting, the internal struggles for acceptance among others of the same race. But by doing so, Spike made one of the most honest films about race in the history of American cinema. Because few things can empower as much as having a voice. Few things minimize our existence as greatly as not feeling heard, or feeling like we have the power to voice our thoughts. Spike Lee provided the first film that gave that voice without any conditions. School Daze is filled with the voices of people being people, not people in contrast to a system. If School Daze will go down in history, it will go down for just how loudly it spoke without having to preach.