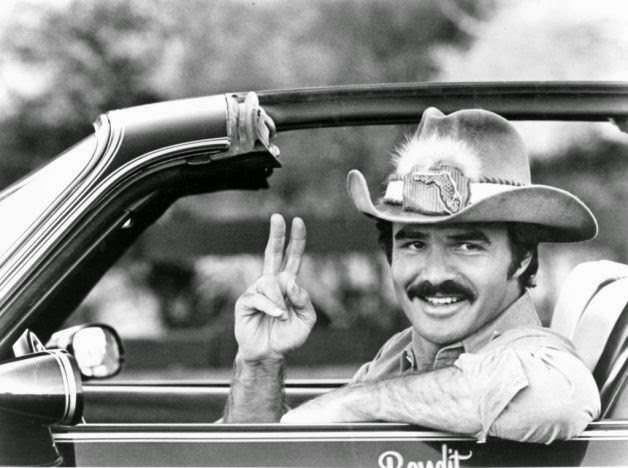 If this project highlights one thing about me, it’s that I have many influences. I can be obsessive and passionate, and I often consume art the way a starving person eats. I consume giant portions ravenously, unaware of whether or not I’m even getting full. For me, there are lessons to be learned from everyone, and so no amount of information or exposure feels unnecessary. As a result, I don’t have a lot of shallow passions – things I enjoy simply for enjoyment’s sake. Things generally need to have meaning to me in order to catch my attention. So it’s odd to people when I tell them that one of the most formative artists in my life was Burt Reynolds. To many people, Reynolds was the epitome of lightweight cinematic marketing. Sure, the world loved his movies, but the world loves the Kardashians and Domino’s pizza, as well. To most people, Reynolds was a paragraph in a much-larger, broad book of 1970s cinema. And while blockbuster special effects films and independent cinema and anti-heroic narrative would go on to become the standards for cinema, by the start of the new millennium, Reynolds would be relegated to a cinematic footnote. His career was primarily straight-to-video fare, his personal finances became a mess, and at age 78, Reynolds was auctioning off his personal belongings just to make ends meet. It was an ignominious ending for – I would argue – one of the better talents in the history of cinema. We came to know Burt Reynolds in the 60s and 70s because he decided to follow his own path; by the new millennium, he was paying the price for waling that path. Yet, despite all of the humbling moments and all of those difficult consequences, Burt Reynolds still feels like the kind of person we all should emulate. 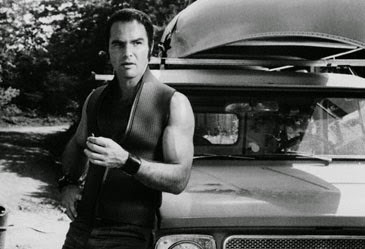 Watching the media and social media pounce on Burt Reynolds’ recent estate sale felt almost classical. For thousands of years, people have loved the stories of larger-than-life figures being humbled. Icarus was punished for his hubris. Dark Age rebels would be publicly executed and hung from pikes. The corpses of slain old West outlaws would be photographed and turned into postcards for saving. Videos of the executions of world leaders like Hussein and Khaddafy went immediately viral. To paraphrase Jim Morrison, humans seem to love to put others on a pedestal because it makes them an easier target. My problem with the sarcastic pig-pile on Burt Reynolds was that it presumed him guilty of something. The loss of his personal property and the indignity of his considerably-slowed career were evidence of some greater sin, but what was the sin? For one, he had simply grown older, and ignoring the fact that the leading roles for a 78-year old man in Hollywood are practically non-existent. Reynolds continues to work in an industry that refuses to value people his age; there’s no sin there. I believe that Burt Reynolds is being punished because he refused to be the kind of movie star we’re used to. Burt Reynolds changed the way we think about movie stars, and we loved him for it for awhile… right up until we didn’t. From the outside, we want Reynolds’ story to be the tale of Icarus, and his final years are the fall into the sea. But the arc of Burt Reynolds’ life is nowhere near that pedestrian. 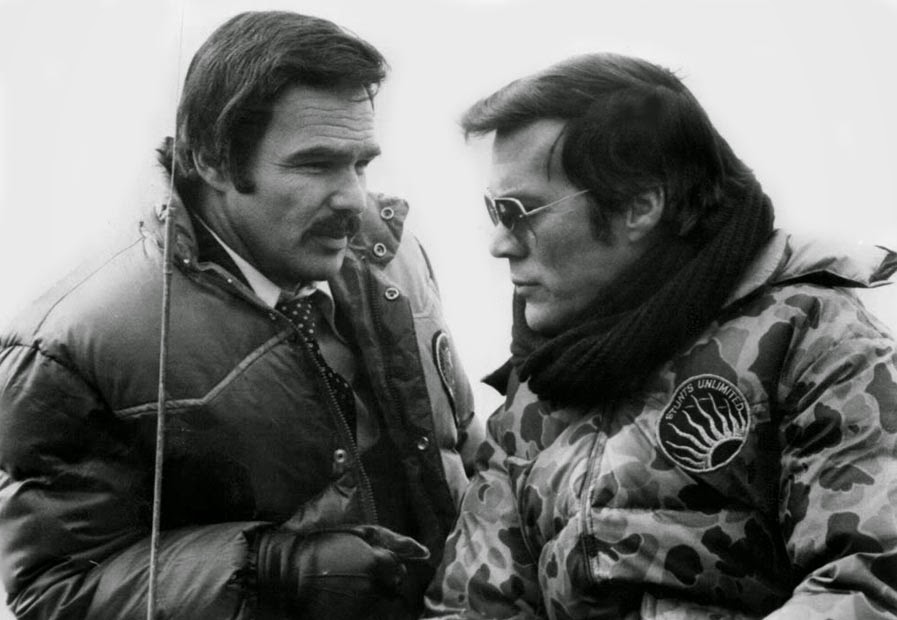 I’ve long maintained that the careers of Burt Reynolds and Marlon Brando were the mirror opposites of each other. Both were great actors. Not good actors – great actors. Both were ruggedly handsome, with deeply-set masculine faces and athlete’s bodies. But Brando began his career fighting against his physicality. He may have looked like a coarse brawler, but Brando brought depth to his characters that betrayed their physicality. Brando’s early roles are so filled with pathos, the animal magnetism of his physical appearance comes across almost like an armor the character has put on to shield himself from harm. Reynolds, on the other hand, took roles that relied on his masculinity. He played both cowboys and Indians in Westerns. He played tough cops and soldiers. In Deliverance, the character of Lewis was the embodiment of masculinity. Where Brando hid from his sex appeal, Reynolds embraced his. By 1974, he was hired to play Paul “Wrecking” Crewe in The Longest Yard, the role that would propel Reynolds into the A-list of actors. When Brando became an A-list actor, it seemed to unnerve him. He became more difficult to work with, on and off screen. Reynolds, on the other hand, embraced movie stardom with a passion; he was practically a caricature of a movie star. Brando would swing for the fences artistically during this period, making as many flops as critical darlings and box office hits. Reynolds, on the other hand, continued to churn out star vehicles that may have lacked complexity or depth, but made money hand over fist. And when both actors finally aged past their prime, Brando finally became the caricature Reynolds had been along. He grew obese. He made insane demands and gave unintelligible interviews and took surprising roles in which he would give fantastic performances. I still think his performances in Don Juan DeMarco and The Score amazing, but few others do. Most saw the breathtaking weight gain and the cartoonish chasm between early Brando and modern Brando, and refused to see his talent. Cartoons can’t be talented actors, we said. Look at Burt Reynolds. When he had tried to make Starting Over in the midst of his star vehicles, people were unwilling to accept him as a serious actor. But when Reynolds aged past the point of sexual magnetism, he also dropped the caricature. He humbled. He moved to Florida and took work on a sitcom. And then when he played Jack Horner in Boogie Nights in 1997, he was adored. The press acted like Reynolds had been hiding a secret from us for decades; “who knew he could actually act???” But plenty of us knew. We’d always known. 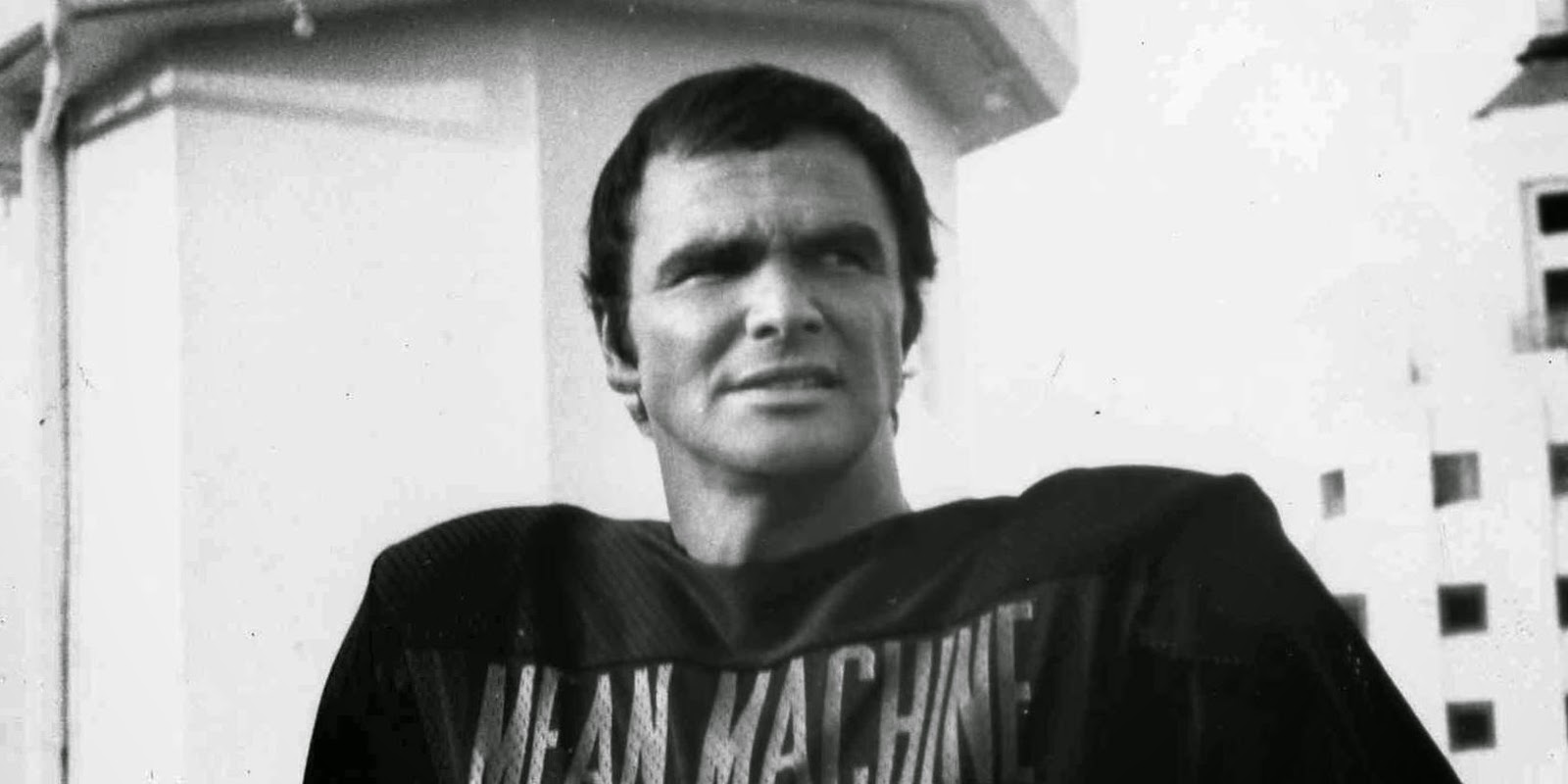 If there was an unpardonable sin in Burt Reynolds career, it was that he enjoyed what he did and he let the world know about it. Impersonations of Reynolds focus on his explosive laugh, not because it sounds unique but because laughs from a movie star are rare enough that we notice them. Reynolds appearances on The Tonight Show were lessons in excess: wild comedy, open tales of wild sexuality, slapstick, and regular appearances with close friends that would devolve into hilarious chaos. By the late 70s, Reynolds’ films would regularly end with outtake reels that highlighted how much fun he was having making movies. And through it all, Reynolds regularly poked fun at himself, mocking his acting and his appearance. Few movie stars have ever openly admitted that their career is more fun than toil, and have allowed such access to the profound playground that is the life of a movie star. And Reynolds never apologized for it, he never seemed ashamed about it or tried to use fame as a platform to be “taken seriously” the way Clooney does with Darfur or Brad Pitt does with his architecture. Reynolds just enjoyed himself. He did the work he wanted to do. He made huge amounts of money and built a huge theater. He hired talented actor friends to teach acting at the theater. He bought all of them houses and cars and allowed them all to retire comfortably near each other, still doing the thing they loved the most. Few people exemplify the maxim about “Find a job you love and you’ll never work a day in your life” as well as Burt Reynolds. And yet, for some reason, we collectively want to see him punished for it. I suppose it’s arguable that we don’t want to see people who have so much enjoying it. But there’s a huge difference between Burt Reynolds and Paris Hilton, who was born into luxury and has created nothing but the spectacle of self. 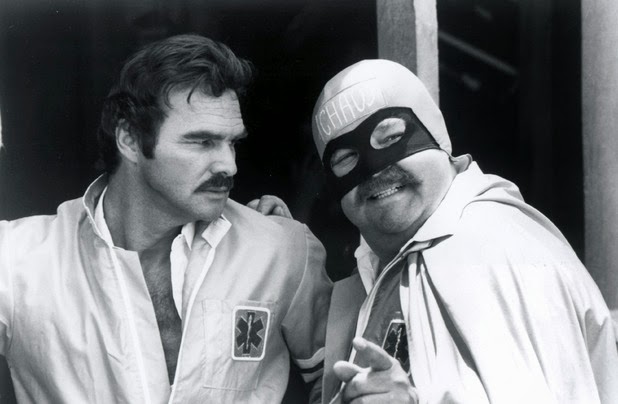 There’s certainly nothing wrong with being a Burt Reynolds fan because his films are entertaining, light-hearted fare. That’s part of the reason I like him so much. Even recognizing that he is a great actor makes the experience of those movies even richer. But I’ve always loved Burt Reynolds because on top of all of that talent and all of that entertainment, he passionately enjoyed what he did. I live in a world where the luckiest among us enjoy our jobs – not with passion or adoration, but something slightly higher than mere “tolerance”. And of those, few seem to enjoy their lives, overall. Where we live, what we do for a living, whom we spend our time with… most people seem to go through life tolerating these things, and finding momentary glimpses of joy in them. The unluckiest among us find joy in escape from these things. But Burt Reynolds was different. He took a talent for something and buried himself in it, and he enjoyed himself with the abandon of a small child at Christmas. And while we may collectively have it in our societal conscious to punish him for that faux pas, I refuse to. Reynolds will always be a smiling, laughing, explosive beacon for me. A reminder to chase the thing that gives me joy, and not just to try to catch it, but to bury myself in it. To surround myself with friends and loved ones and to support them as much as they support me. To soak it in, and to find joy in every second of the process. Call it hubris. Call it selfish or immature or cartoonish. But I’ve been around people for 45 years, and I’ve seen people carve joy out of a moment or two. A person who finds himself inundated with joy and refuses to feel bad about it? I call that an inspiration.