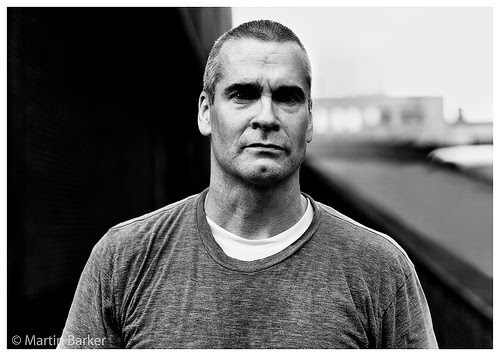 I was driving in my car after a conversation with someone about my inability to handle conflict. Conflict avoidance is my natural state. Any conflict is difficult for me. Not only do I not fight with people who are important to me, I almost never push back on anyone. I frequently get taken advantage of at work. I rarely send the wrong order back at a restaurant. In high school, I was shaken down at an airport by a Hare Krishna who just kept demanding I take money out of my wallet and give it to him as a "donation to his religion" - giving him money over and over was easier for me than simply saying “no”. So, as I was driving I heard an audio clip of Mike Tyson being interviewed. The interviewed casually dropped a reference to Tyson’s rape conviction when it was inappropriate. Feeling humiliated, Tyson got angry. Without turning the conflict physical, Tyson cussed the interviewer out. His reaction was inappropriate and immature and driven by anger, and yet I felt momentarily envious. Envious of his ability to not shy away from a conflict. Envious of the way he immediately defended himself without concern over repercussion or consequence. Envious that in a moment of conflict, Tyson’s first regard was for himself. That kind of thinking is totally foreign to me, and I mentioned it to my wife when I got home. I wondered why I couldn’t be more like Mike Tyson. In a similar situation, I wouldn’t be afraid of the interviewer physically. There would be no consequences to confronting the interviewer, yet I knew I would never do it. My wife pointed out that certain types of people register any conflict as a potential for harm, and that made sense. Perceiving conflict as a vague sense of undefinable harm is really accurate; I’m not sure what could hurt me, but it always feels like a possibility. Beyond the realm of logic, beyond the realm of possibility. And that vague, undefinable sense strips me of any strength. 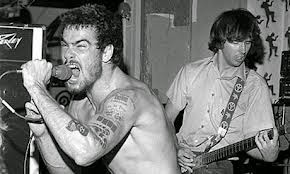 Strength has always been at the core of Henry Rollins’ message. Not just the football coach build and the aggressive vocal style, but Rollins life is a testament to personal strength. Growing up, Rollins had been a scrawny prep school kid when a teacher/former Viet Nam vet took a liking to him and got him interested in lifting weights. The teacher gave Rollins a workout plan and one request – to not look in the mirror once during the first 90 days of working out. After he had completed the first 90 days, Rollins looked in the mirror and could see the changes already taking hold of his body. He was hooked on the change, and never looked back. The physicality of Rollins’ presence would be the hallmark of his musical career. Not only was he an intimidating presence on stage, but he refused to suffer fools gladly. The hardcore scene of the 80s was liberally peppered with violence, and Rollins was not known to passively withstand the occasional assault from a “fan”. He’s break microphones and knuckles and fingers and the bones of his hands smashing audience members who attacked him. All the while, Rollins wrote poems and short fiction pieces and articles and aphorisms that he would self-publish talking about the weakness of human beings and more commonly, the weakness inherent in large groups. He openly railed on the hypocrisy and weakness of police and politicians and people of low character. The lyrics of Black Flag were nothing but an assault on the lazy, weak, domesticated society. When Black Flag broke up in 1986, Rollins quickly assembled a new band and was touring within months. There were new songs and a different sound, but the message was the same. Henry Rollins, the hardcore singer, was an assault on the weakness of the world. However, during the rare nights when Black Flag didn’t have a show, Rollins was stepping on stage with just a microphone to do spoken word performances, which were an assault on the most important weakness – the weakness within himself. 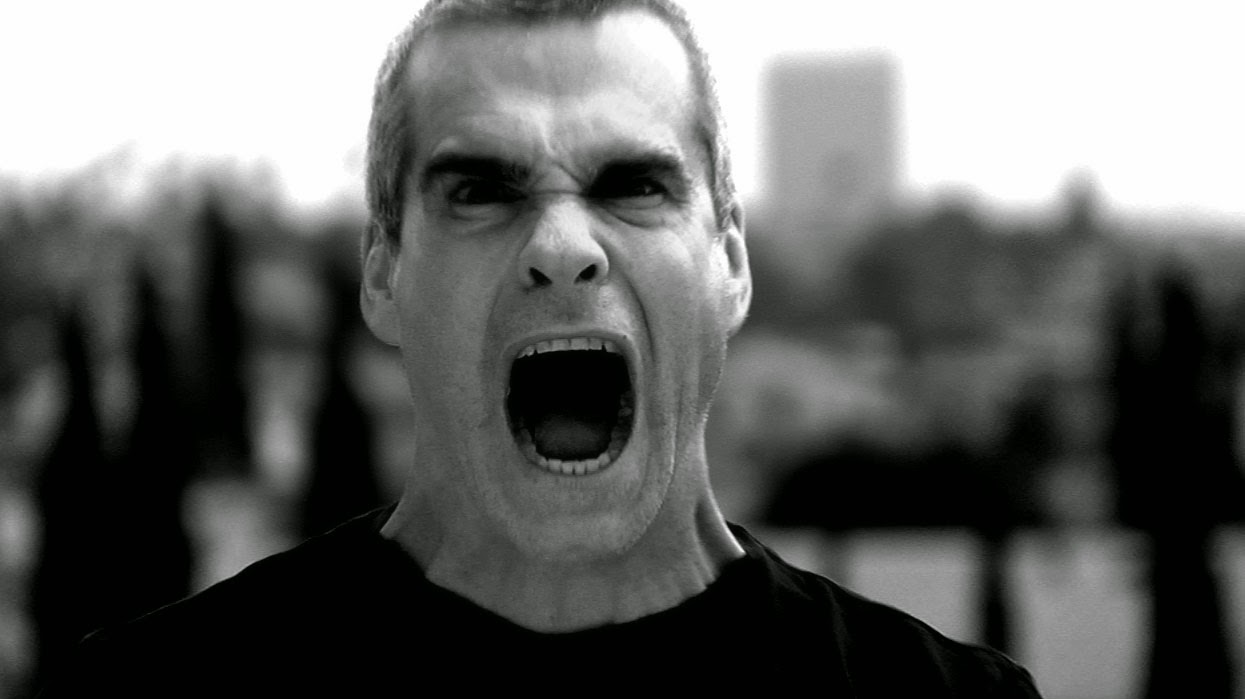 I was 19 before I even knew Rollins did spoken word shows, and it was a year before I saw my first show. It was unlike anything I could have imagined. Rollins was unbelievably funny. More unbelievable, he was vulnerable. The entire night was devoted to tales of his own failings. If Rollins Band was a macro view of the world, Rollins spoken word performances were micro at a granular level. For Rollins, weakness came in tiny moments throughout his life. Moments when there are easy solutions which compromise any long-term goals. Moments when difficult decisions have to be made, and the gratifying decision is rarely the most satisfactory at that moment. Even things he was known for, like his aggressiveness on-stage with bullies was fodder for Rollins’ spoken word shows. Rollins would bare his soul and acknowledge the moments he wished he’d handled better. He described unintended consequences and feelings of guilt like the entire scenario was an act in a stage farce, except it was his actual life. What Rollins grasped was that strength wasn’t a super-heroic state. Standing on stage in just gym shorts, his muscles straining and his voice pushed to the limit, Rollins The Vocalist seemed to be an advocate for strength as a superheroic act. Only the most stalwart, the most muscular, the most fearless could truly embody strength. But Rollins The Human knew better. He knew that strength is a series of tiny battles within ourselves. That are lives are nothing but a series of seemingly easy, dead-end decisions, and true strength is the ability to gracefully and wisely make the better decision on a regular basis. Because strength doesn’t require enormous muscles or a solid jaw or an ability to walk slowly through a fire. True strength is the ability to walk through a field of rose bushes and get scratched a thousand times a day without turning away or bleeding out. 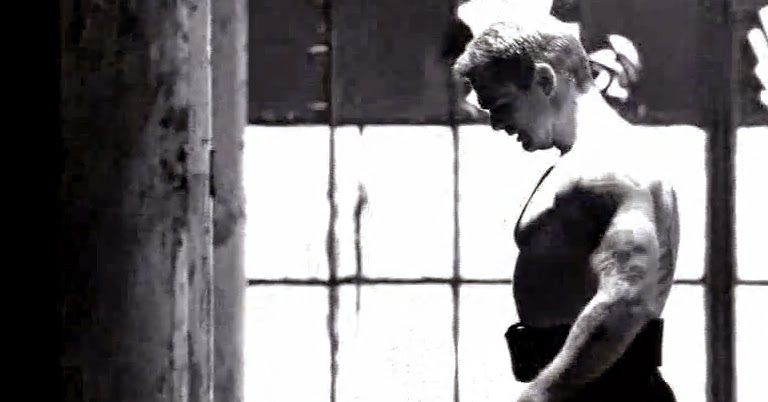 When I was a teenager, I got my first tattoo: the red version of the four bar Black Flag logo off the Damaged album cover. It was my favorite album at the time, and I loved the album cover: Rollins with a shaved head, smashing his fist into a mirror. The album – and its cover – bespoke everything I wished I could say, and everything I wanted to be. There was an element of self-loathing at the core of the image, but Rollins was punching through it. Alone in a black room, he was punching through it. Because I knew at the time that I didn’t have the strength to punch through my weaknesses. I knew that conflicts would occur and that I would back down immediately, just to avoid the fear of facing the undefinable harm. But Black Flag didn’t present that image. They were “bigger than life” strength. Strength may be presented to us as Malala Yousafzai or war veterans or someone facing terminal cancer; those are great examples of strength, but they’re extreme. Sometimes, just making the right decisions in the course of the day is strength. Sometimes, strength is just waking early to go to work to support your family. Sometimes, it’s having the vulnerability to share your feelings. Strength is what we build in moments throughout the day, not a miracle we pull out once in awhile. And Henry Rollins understood that, and devoted his life to reminding us of that. I only hope to someday truly understand and experience it.